Golf fans were not happy with the coverage of the Saudi International on the Asian Tour despite it's incredible field of players. 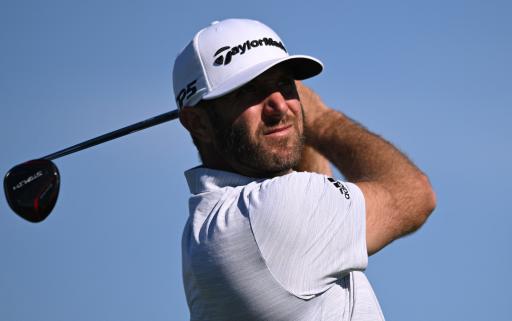 Even though the Saudi International provided the ultimate final moment with a 92-foot sloping eagle putt by Harold Varner III it still failed to deliver, according to some golf fans.

The coverage of the event, which attracted the top players in the world, was left wanting. With such a star-studded field, you really would have expected better.

When you have rumours swirling around of elite players being flown in on private jets and also offered dizzying sums of money to ditch their allegiances to the PGA Tour and DP World Tour, you would have expected amazing coverage and an incredible product.

Sky Sports no longer have coverage of the tournament, which was placed under the umbrella of the Asian Tour after it was ditched by the European Tour (now DP World Tour).

Harold Freaking Varner III with the absurdly improbable walk off eagle on No. 18 to win the Saudi International. #SaudiIntlGolf pic.twitter.com/bPKH0QtY05

Birds tweeting like crazy in background of Saudi International coverage. Real or effects?

Watching how bad the Seniors Darts and Saudi International coverage is this week it reminds you why you pay so much for Sky Coverage...

Coverage of this Saudi international is absolutely horrific on Free Sports, front facing camera angles for tee shots, no tracer either. Guess it’s free but it’s not easy to watch #SaudiInternational #Golf

With how strong the field is this week at the Saudi International, I can’t believe the coverage is so bare compared to other weeks, bit of a shame #SaudiIntlGolf

The tournament was broadcast on FreeSports TV, a British free-to-air sports channel showing the action - or lack of it - from Royal Greens Golf & Country Club in Jeddah.

First of all, there was the annoyance given the fact it wasn't actually free.

Coverage was first stopped at around 10am on the first day for viewers in the UK and Ireland, asking for a fee of £12.99.

The final two days were free to view.

A quick glance of their social feeds from the Asian Tour and Saudi International shows not a great deal of highlights.

This is in contrast to the content coming out of the DP World Tour and PGA Tour, who routinely show the clips almost immediately if there is something juicy happening.

Even the PGA Tour recruited the European social team to help them with their end of season performance review video.

Given the fact that so many incredible golfers were in the field, this was a huge chance blown for the Asian Tour to establish themselves if they really want to get the ball rolling with their Super Golf League or whatever you want to call it.

Tracking down a decent live leaderboard also seemed a struggle, too.

Judging by some of the quotes from the field the players did enjoy their time out in Saudi Arabia (they wouldn't say otherwise).

But as a spectactle, at least in my mind, it failed to deliver.

The finest players in the world battling it out on a bare track in King Abdullah Economic City?

Or Jordan Spieth going low on a sunny day at Pebble Beach?

I know what I'm watching.