Bryson DeChambeau slid and fell on the floor at his hotel playing ping pong which forced him to withdraw from the Saudi International, claims one Asian Tour pro. 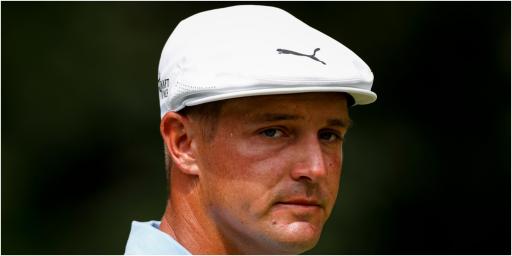 Bryson DeChambeau reportedly injured himself after tripping over on wet floor at his hotel in Saudi Arabia playing ping pong.

That is according to Asian Tour regular Rory Hie, who took to Instagram to back up the story of how DeChambeau got hurt.

DeChambeau was forced to withdraw from the Saudi International last week after one round, telling the world that he will be back stronger.

He urged people to "chill" and claimed that he knows people "probably won't believe me" after confirming he fell over.

It is not clear if DeChambeau sustained a new injury, or simply aggravated the existing problems he is having with his wrist and hip.

The timing of his withdrawal raised eyebrows. His critics have suggested he just wanted the appearance fee in Jeddah.

Had it not been for the fact DeChambeau was visibly in agony at Farmers, and also skipped the Sony Open, perhaps it would be a non-story.

Hie, 33, is an Indonesian professional golfer. He posted this on Instagram to back up the story of how DeChambeau got hurt.

He claims that DeChambeau tried to play on but couldn't walk the next day after falling:

End of story, no drama then? Harold Varner III emerged as the unlikely winner at Royal Greens Golf & Country Club.

He snatched a one stroke victory over Bubba Watson by draining one of the most outrageous eagle putts from 92ft we have ever seen.

Much of the week was less about golf and more about the supposed attempts by the Saudis to try and lure players to sign up to a new league.

DeChambeau denied he had been offered £100million to be the poster boy of the venture, which is being spearheaded by Greg Norman.

Dustin Johnson appeared to confirm an offer was on the table. Lee Westwood said he had signed an NDA.

Phil Mickelson launched a blistering attack on the PGA Tour, then was called a "ventroloquist's puppet" for a murderous regime.

DeChambeau either wasn't asked or kept mum on the concept which has sent shockwaves through the golf world.

DeChambeau is not playing at the Waste Management Phoenix Open. That is the next stop on the PGA Tour.

Next page: The worst dressed pro on the PGA Tour?