Scottie Scheffler and Jordan Spieth have joined Tiger Woods and the stellar cast that will tee it up at Adare Manor on July 4 and 5. 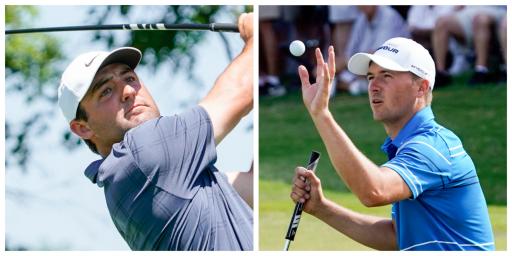 World No.1 Scottie Scheffler and three-time major champion Jordan Spieth have joined Tiger Woods and the superstar cast teeing it up at the JP McManus Pro-Am in July.

The event announced the addition of Scheffler and Spieth to the field on Tuesday morning as well as PGA Tour winners Rickie Fowler and Patrick Cantlay.

A whole host of PGA Tour stars such as Rory McIlroy, Justin Thomas, Bryson DeChambeau, Dustin Johnson and Brooks Koepka are just a handful of names who will be competing at Adare Manor on July 4 and 5.

One professional will partner up with three amateur players with two events running in conjunction with each other. The professionals will play a 36-hole stroke play tournament and the teams of four will play in a 36-hole Pro-Am net team event over two days.

The format is known as a Shamble where the lowest single net score return on each hole will be the team score. Each amateur player will have "par as your friend," so the worst score any player can have on a hole is a net par.

Meet the latest #JPProAm2022 players. This is going to be major pic.twitter.com/wdXl3ETNx0

The professional will select the best tee shot from the whole team on each hole and all three amateurs play from that position. From the second shot, each player continues and completes the hole with their own ball.

The JP McManus Pro-Am was first played in 1990 at Limerick Golf Club to raise funds for charities in the Mid-West region. In 1995, the European Tour became involved in the management of the tournament.

In 2020, fundraising reached over $140,00,000 and all proceeds have gone to beneficiaries. The success of the tournament is attributed to keen interest from the golfers, media, public and volunteers.

Things are set to get even more exciting for Adare Manor as in 2027, they will host the Ryder Cup.

Next Page: Jack Nicklaus' record at The Open Championship is staggering...