Jack Nicklaus' record at The Open Championship is staggering...

Jack Nicklaus is hosting the Memorial Tournament this week on the PGA Tour at Muirfield Village in Ohio, his signature golf course. 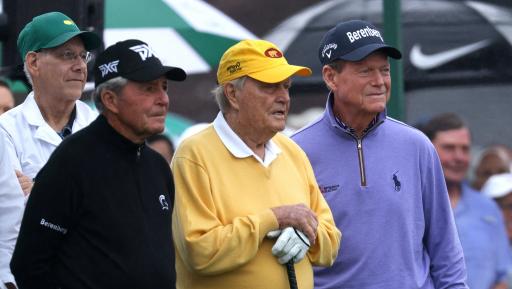 The Memorial Tournament hosted by Jack Nicklaus is back this weekend on the PGA Tour where a winner is crowned at Muirfield Village in Ohio.

It is one of the most exciting non-major events held at an iconic golf course designed by the Golden Bear himself and he will be present once again this week to congratulate the winner.

The Memorial Tournament is one of the most anticipated events on the circuit and Nicklaus making his regular public appearances is a key reason for this.

As we are all aware, the 82-year-old holds the record for the most major wins in golf with 18 victories. Three of these came at The Open Championship and we wanted to kick off Memorial week with an incredible statistic about the great man.

How about a crazy Jack Nicklaus stat to start @MemorialGolf week?

Courtesy of Justin Ray, we discovered that between 1966 and 1980, Nicklaus finished either sixth or better at The Open. That is 15 consecutive tournaments.

To place this remarkable streak into context, no other golfer has managed to finish in the top six of this event more than three times in a row.

Even when his run ended at The Open in 1981, he still managed to finish in the top-25. The amount of major championships Nicklaus could've won is almost more impressive than the total he actually won.

Unfortunately, Nicklaus' name made headlines in recent weeks for the wrong reasons as he was sued by Nicklaus Companies for breach of contract, tortious interference and breach of fiduciary duty.