An employee at St Andrews raked Tiger Woods' logo into a large sand area to pay tribute after he was involved in a car crash. 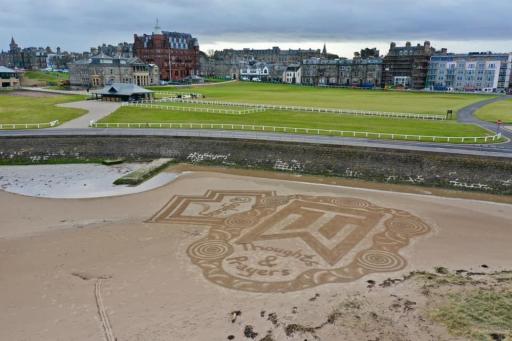 Millions of people from all over the world have been paying tribute to Tiger Woods after he was rushed to hospital following a car crash on Tuesday and now one of the most famous golf courses in the world has created an incredible piece of sand art to send the 15-time major champion their thoughts and prayers.

Woods has won three Open Championships throughout his incredible career, with two of them being held at St Andrews, often referred to as the home of golf.

His first victory at the iconic venue came in 2000, when he won his first ever Open Championship by eight shots, the third biggest margin of his major career, with his Masters victory in 1997 (12 shots) and his US Open win in 2000 (15 shots) the only two majors he has claimed with a greater margin.

Woods found success at St Andrews again in 2005, when he beat local star Colin Montgomerie by five strokes, before he successfully defended his title a year later at Royal Liverpool Golf Club.

The impressive piece of sand art was created by Rob Ogleing and the video has started to circulate on social media.

CHECK OUT A VIDEO OF THE TRIBUTE TO WOODS BELOW:

Sand art by Rob for Tiger by The Old Course pic.twitter.com/ajd79jJxJP

European Tour player and St Andrews local Richie Ramsay shared the tribute by posting a picture of it on Twitter. which you can see below.

Cool piece of art from a special place. Wishing TW all the best pic.twitter.com/S5JmHrI9b4

NEXT PAGE: Tiger Woods golf career is the "least of his worries" admits doctor