The RSPCA have called for witnesses after a baby swan was shot dead on a golf course near Sunderland. 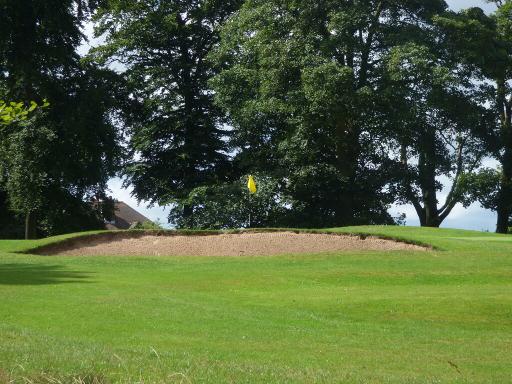 The RSPCA has appealed for witnesses after a baby cygnet was found dead and covered in blood in its nest on the Elemore Golf Course located in the north of England, close to Sunderland.

A woman walking the golf course found the body of the swan and took the remains of its body home before contacting the animal welfare charity and an inspector was sent to collect the body.

“This poor cygnet is only around six weeks old and was sitting on its nest when it was targeted in this senseless attack," said inspector Terri-Ann Fannon.

“A member of the public was extremely upset when she discovered the bird’s bloodied body laying on its nest on the smaller of two lakes at the golf course.

"She took the bird’s body home with her as well as the metal pellet from the airgun before calling us.”

The RSPCA has launched an investigation into the incident and have asked any witnesses who may have information to come forward.

“It’s utterly disgraceful to shoot and kill this beautiful bird and I’d like to remind people that, as well as being cruel and completely unnecessary, it is also illegal,” added Inspector Fannon.

Under the Wildlife and Countryside Act 1981, swans are protected and it is an illegal offence to kill one and anyone seen purposely trying to injure or kill a wild bird without a licence can face prison time of up to six months.

The RSPCA has demanded new and improved regulations on air weapons, with the charity receiving hundreds of calls about similar incidents involving air rifle attacks on animals all-year round.

“Sadly, we see all too often the impact that these potentially deadly weapons can have on animals such as wild birds and cats,” the inspector added.

“That’s why we want to see stricter controls over airguns as well as better education and explanation of the law for those buying one.”

Anyone with any information about what may have happened to this cygnet is urged to contact the RSPCA’s appeal line on 0300 123 8018.