WATCH: This unlucky golfer managed to hit himself in the face after his golf ball ricocheted off a stake in front of him. 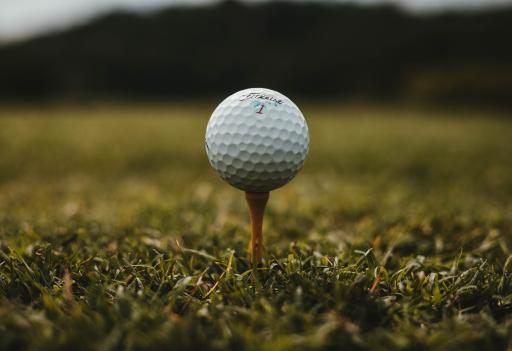 Being filmed by one of your mates whilst hitting a shot on the golf course always goes one of two ways. You either flush it down the middle or hit an absolute stinker that the person behind the camera gets to laugh at, before it's quickly deleted. Although sometimes, the horror shots are worth keeping...

In this case, the horror shot looks like a rather painful one, as this slow motion video doing the rounds on social media shows an unlucky golfer hitting his tee shot with an iron, only for the ball to rebound off of a stake no wider than the ball itself and hit him straight in the face.

Watch the painful moment captured on camera in the video below:

What are the odds - @hellosportpodcast

I can't even begin to imagine how painful that must have been. Luckily the poor lad looks up at the camera and he doesn't seems to be bleeding, but that could have easily been very nasty indeed.

RELATED: Four HORRIFIC golf injuries that ended up in the emrgency room

Going by the golf swing and the attire, I don't think this guy plays too often, so hopefully this accident hasn't put him off the game forever.

"With that swing I think anything is possible apart from hitting greens," someone said in the comments section.

"No penalty for accidental deflection of a moving ball," joked another.

NEXT PAGE: Man repays money he stole from a golf club 50 years ago