Thomas Pieters is the latest golfer to take on the European Tour's chase-the-ace challenge. 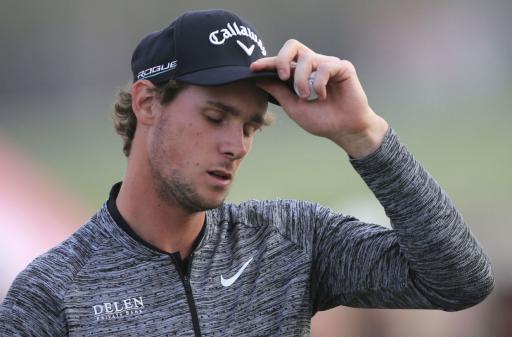 The European Tour has stepped up its content in recent years, to the point where it now provides regular engaging content on its social sites, mainly Twitter. One of the most well-received videos that the European Tour has been creating over the last few years is the chase-the-ace challenge, where stars of the Tour are given 500 balls to try and get a hole in one.

The chase-the-ace challenge sounds like a lot of fun, but we've seen in previous videos the mental strain it seems to cause the players. The agony of the ball stopping next to the hole or lipping out, it clearly drives the players nuts.

This week, Belgian star Thomas Pieters was the latest player to take on the chase-the-ace challenge, an interesting selection, due to the fact that Pieters is well known for venting his frustration on the course.

"It's gonna be like a mental exercise for me I think," said Pieters, the day before the challenge.

"Because this year, I've been incredible at staying calm, but I'm a bit scared."

Staying calm is something that has challenged Pieters in the past. In May last year, Pieters was seen snapping an iron over his neck at the par-5 fourth at Wentworth, en route to missing the cut at the BMW PGA Championship.

At the European Masters just a few months later in September, Pieters made a quadruple bogey 9 on the par-5 14th and once again felt he needed to take his frustrations out on his club and snapped his putter over his knee.

In fact, Pieters had become pretty well known for club snaps, as he had previously done it at the 2016 Open and also a year later at the 2017 Open de France.

So would he keep his calm on his quest to conquer the European Tour's chase-the-ace challenge? Watch the video below and find out.

We gave @Thomas_Pieters 500 balls to see if he could make a hole-in-one.