New series to tee up in Tokyo - but who will Tiger Woods' next opponent be? 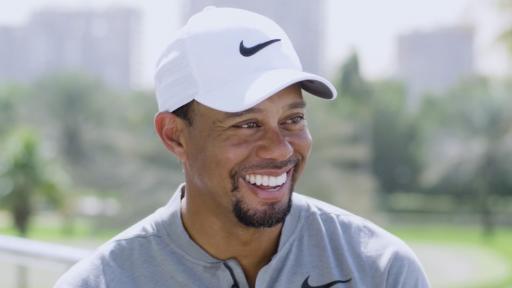 Tiger Woods and GolfTV have revealed plans for a new head-to-head series that aims to be even bigger and better than 'The Match' of last season, according to Discovery president and CEO David Zaslav.

GolfTV is a live and on-demand video service that Discovery launched in partnership with the PGA Tour last year, and Woods recently agreed to a new deal which sees him offer fans a closer look into his golf game and life on and off the course.

According to reports, the new head-to-head series will see the majority of events taking place outside of the United States, with the first one set for Tokyo.

Taking impetus from Turner Sports' 'The Match' four months ago between Woods and winner Phil Mickelson, who scooped a whopping $9 million prize, Zaslav claims he wants to "play around with the format" this time around.

"Should it be one-on-one? Two-on-two? Should we have two matches going on at the same time? But he’s all in," Zaslav said, referring to his talks about the series with Woods.

RELATED: TIGER REVEALS WHAT WENT WRONG AT 'THE MATCH'

Woods' next opponent remains uncertain, with some whispers that the 14-time major champion wants a rematch with his arch rival Mickelson.

Whoever Woods faces, Zaslav wants to make the showcase bigger and better than 'The Match'.

"We looked at it and said '[that's] pretty interesting,'" Zaslav said. "One million people came in and wanted to watch it—could we improve on it? What could we do? So we're going to do a number of those type events [and] Tiger's excited about it."