Take a look at these mega stars and find out just how much their sponsorship deals are worth... 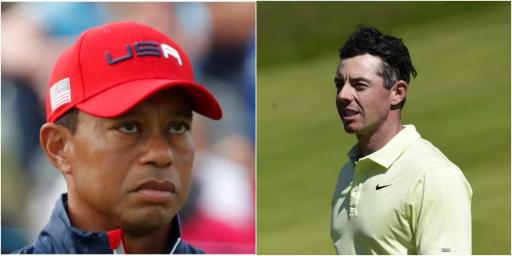 The richest sports stars on their planet make millions from plying their trade but they can make just as much through sponsors.

Giants such as Adidas and Nike compete to try and get these athletes to wear their gear and the figures are simply staggering.

GolfMagic decided to delve a little deeper and find out a little bit more about the biggest sponsorship deals in sport.

It is no surprise that the big cat features alongside Rory McIlroy, but there are some surprises along the way.

James signed a lifetime deal with Nike in 2015 that is said to be worth £733 million. That means it is worth just over $1 billion.

The superstar, who rejoined Manchester United in the summer after leaving Juventus, has also signed a lifetime deal with the brand. Like LeBron James, he will earn approximately £733 million. Forbes reported last year that last year Ronaldo earned around $100 million, with half of that coming off the field.

The legendary basketball player first signed with Nike in 1984. He reportedly has earned $1 billion from his association. At the time he signed the deal Converse and Adidas ruled the trainer business. But Nike promised Jordan his own line of shoes and paid him in the region of $500,000 a year. The rest, as they say, is history.

Messi signed with the brand in 2006 when his career took off at Barcelona. He is now on a lifetime deal and is said to make around $20 million a year from the association.

McIlroy is one of the most popular players in the sports despite years without winning a major. Now 32, he signed a 10-year deal in 2013 worth £180 million. Nike stopped making golf equipment meaning McIlroy was able to sign with TaylorMade.

Curry is an icon the NBA and has been one of the greatest players to ever play for the Golden State Warriors. He signed a deal with Under Armour said to be worth £16 million a year back in 2013 which runs out in 2024.

Woods is now 45 years old and when he signed his deal with Nike back in 1996 the figures were just crazy. He signed a five-year deal worth £30 million and then extended it a few years later worth an extra £80 million. Nike no longer make golf equipment but he still wears their clothing. A plethora of sponsors still sponsor Woods. They include Bridgestone, Monster Energy, Rolex, TaylorMade and Upper Deck to name a few.

RELATED: MAX HOMA GIVES HIS THOUGHTS ON BROOKS AND BRYSON

NEXT PAGE: MEET THE PGA TOUR PRO WHO DRESSES LIKE DECHAMBEAU