Tiger Woods believes he can end his ten-year Major drought

Could it be green jacket number 5 for Tiger...? 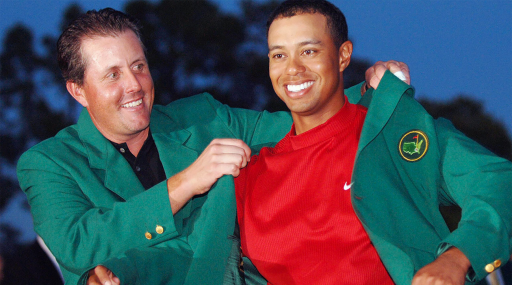 What a story it would be if Tiger Woods was the one to take home the green jacket at Augusta this year and according to the GOAT himself, he believes he can do it...

Tiger Woods, the 14-time major champion, who last won the Masters back in 2005, hasn't tasted a major victory since he triumphed in the U.S Open in 2008.

After mulitple back problems, we wondered if we would ever see Tiger Woods in the winner's circle again, but last year we all witnessed one of the most special moments in golf when he won the Tour Championship.

"I've proven I can do it. I put myself in with a chance of winning the last two majors of last year.

"I was right there at The Open and had the lead. I was making a run at the PGA. I just needed to not throw away a couple of shots, which I managed at the Tour Championship at East Lake.

"From the struggles I've had the last few years, to take the lead on the first day and then end up winning the tournament wire-to-wire made it more special. It was a great way to cap off the season.

"But more than anything I've just proved to myself that I can play at this level again."

Woods has climbed his way to 12th in the world rankings and nobody in the top 11 has won the Masters before.

Although Tiger has had surgery on his back four times, he is still surprised he hasn't won a major for so long as he looks to close Jack Nicklaus' record of 18 majors.

"After I won my 14th, I felt like I still had plenty more major championships that I could win," he said.

With a smile and a subtle shine of confidence he said: "I know that I can play this golf course. I've had some success here."