Tiger Woods: "My game is where it needs to be heading into the US Open, but..." 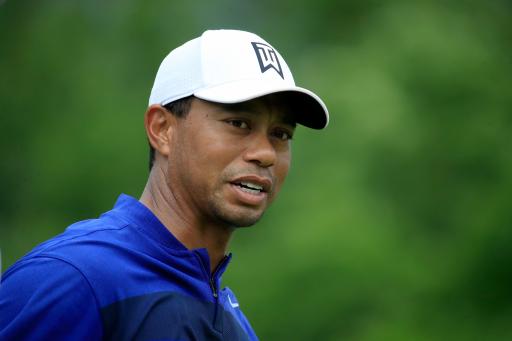 Tiger Woods was quick to reveal the pros and cons about the status of his game after finishing tied 23rd at the Memorial Tournament on Sunday.

Woods, a five-time Memorial winner, led the field in strokes gained/tee to green, strokes gained/approach and proximity to the hole, but was second-to-last in putting, which led to a final-round 72 and 9-under total - six strokes out of the three-man playoff eventually won by Bryson DeChambeau.

The 14-time major champion is now setting his sights on Shinnecock Hills for the season's second major and knows exactly what he needs to work on ahead of June 14.

"I had some chances to shoot some good rounds this week," said Woods.

"I've not hit the ball like this in a while, probably five to six years.

"Overall, my game is where it needs to be heading into the US Open and that's something positive.

Woods did manage to rank tied sixth in putting per green in regulation, but his total putts for the week at 118 led to a stroke gained/putting rank of 72nd out of the 73 players who made the secondary cut. Even on Friday, he was 119th out of 120.

"This week I didn’t really have, didn’t feel comfortable with my lines and my feel was a little bit off. Consequently I missed a bunch of putts," said Woods.

"If I just putt normally, I probably would be right there with those guys and up there in the last couple of groups.

"But I hit it really good this week, so that’s a positive going into Shinnecock, where ball-striking is going to be a must. Obviously way different golf shots around the greens [at Shinnecock], lots of bump and runs and putters or spinners. It will be a very different golf course, but overall if I hit the ball like this, I'll be pleased in two weeks."

Woods now plans to spend next week working on his game at home in Florida, and "hanging with the kids".

He's not getting too disheartened about his cold putter though.

"It’s just a minor tweak here and there," explained Woods. "I’ve just got to get more comfortable with my lines, make sure I’m consistent with my lines. But it’s just reps. As soon as I get the reps in I’ll be all right."