Tiger Woods has spent much of his career with golf fans and students of the game, helping them to improve and become great players themselves. 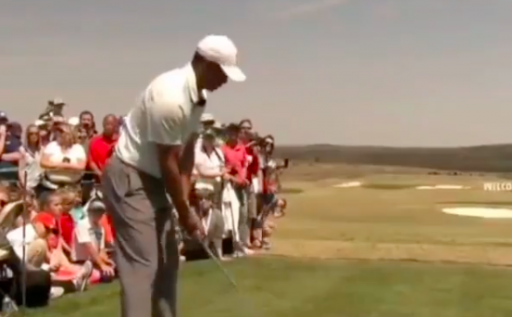 Tiger Woods could not only be the greatest golfer to walk the planet, but he is also one of the most versatile and skilled players that we have ever seen as well.

Throughout his career, he has produced incredible clutch putts, important chip-ins and pinpoint approach precision which have all contributed to his 15 major championship wins.

In footage recently posted on social media, Woods is seen hitting balls in front of a packed crowd at a practice ground and he is teaching them how to hit both low and high iron shots.

The 82-time PGA Tour winner was synonymous with his 'stinger shot', where he hit his ball with a low and piercing flight. As with his other tutorial videos, Woods makes every part of golf sound so simple and so did his father Earl.

A post shared by A Passion For GOLF (@love.thegolf)

Woods demonstrates that if you want to hit a low shot, you should keep your follow-through short to make sure that the ball does not fly too high.

Alternatively, if you want to hit a high shot, you need to make sure that you do a full swing and your hands should reach the top of your head.

It is very easy to overthink your golf game and try a lot of different things to try and improve. But in these tutorials, Woods makes it very clear and concise, using simple but effective drills and techniques.

Woods used to draw huge crowds on the PGA Tour, but he also used to attract many fans to these tutorial events where he would pass on much of the wisdom that he learnt from his father and from his career experiences.

NEXT PAGE: PROJECTED FEDEX CUP STANDINGS: WHO IS IN AND WHO IS OUT AT THE NORTHERN TRUST?