The police were called and managed to take the pigs away. 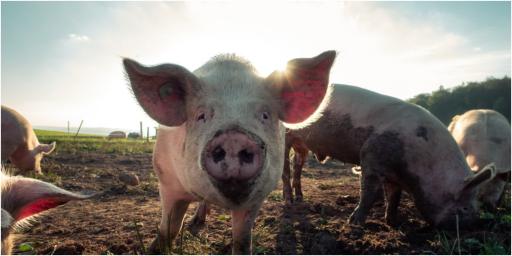 A UK golf club was forced to close after a pair of roaming pigs injured two men after storming the course, the BBC have reported.

They also are reported to have injured the greens director too when they returned a few days later on Tuesday.

The police were called and took the animals away after they moved to a nearby road and disrupted traffic.

It is a nine-hole course in West Yorkshire. The pigs reportedly emerged woodland at the bottom of the course and attacked a member.

Judith Crowther, the club's house director, told the BBC: "He (the golfer) got a scratch on his leg so had to go to A&E and have it cleaned out really well and get some antibiotics."

Crowther added they returned two days later, "scratched or bit the greens director's leg" where the animals were on the loose for about six hours.

The pigs ended up outside the clubhouse on the ninth green and didn't move, the BBC added, reporting that the course was shut at 1.30pm.

Fifteen golfers had to abandon their rounds.

In a statement said: "It was like a comedy script, you couldn't have imagined it if you tried."