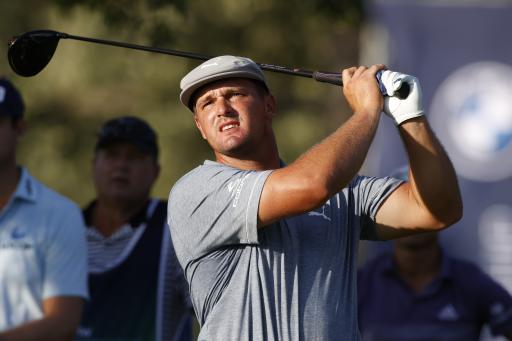 In a report for CNN’s Living Golf, the show goes behind-the-scenes at the living room laboratory credited for developing some of the sport’s biggest hitters such as Bryson DeChambeau.

Host Shane O'Donoghue speaks to Chris Como, who is the long-time coach of DeChambeau, about how lockdown and a lifetime love of analytics resulted in Como moving home in order to build the facility.

Equipped with a Gears 3D motion capture system, Como is also able to measure the force being applied through each foot during a swing alongside the movement of the upper body.

With the lockdown limiting access to golf clubs and practice facilities during the spring, Como's lab became the base for DeChambeau to work on his game and becoming the longest driver on the PGA Tour, averaging an incredible 325-yards per drive.

WATCH THE CNN VIDEO BELOW:

On what inspired his laboratory during lockdown:

“I always thought it would be really cool to take some technology that I'd used in grad school and do a deep measurement of what the body is doing during the golf swing by creating a kind of, multi-sport lab for research at home... We then basically built a biomechanics lab, in my living room -- which is badass.”

On coaching DeChambeau and his transformation during lockdown:

“His philosophy is to leave no stone unturned and to take some risks to try and improve… The thing that's interesting about making changes with your golf swing, especially if you're already one of the best players in the world, there's risk. There have been people before who have tried to get better at the game but have actually lost their game, this is one of the things that we talked really in depth about was like: 'OK, you're taking a certain level of risk, but how can we be intelligent about that?'”

On whether data and his laboratory can unlock the perfect golf swing:

“Honestly, I don't think the mystery will ever cease to exist in our lifetime. That's the beauty of this game, even with all of this technology we're only measuring a small amount of what's actually happening in the swing. That's part of what makes golf so much fun, it is one of the great mysteries out there.”