Why Justin Rose signed with HONMA

Club collaboration and flexibilty the key for Rose. 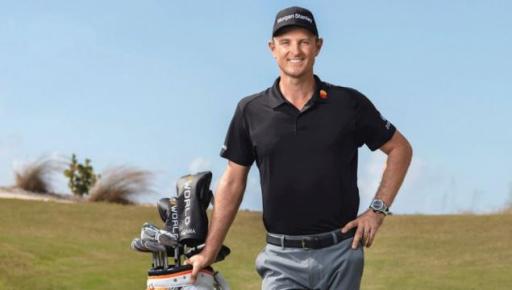 Equipment rumours are always flying around, but the one that shook the golf industry like never before, was Justin Rose leaving TaylorMade to join HONMA and now we know why.

Justin Rose had a brilliant year in 2018, reaching World No.1 for the first time in his career - a position he still currently holds - helping Team Europe win the Ryder Cup and becoming the FedEx Champion, for which he took home around $10m.

The rumours that Rose would be leaving TaylorMade were spiralling in the summer of 2018 and the HONMA whispers were quickly heard, although nothing had been confirmed. Having already conquered Asia, the Japanese giants were making new movements in Europe and were keen to establish themselves as one of the top brands in the industry, and what better way to do that than sign the World No.1, Justin Rose.

Rose will be debuting his HONMA irons and wedges, and possibly a driver, in the Desert Classic in La Quinta on Thursday, where he will be looking to beat his Ryder Cup colleague and defending champion of the event, Jon Rahm.

Rose has made his excitement about the new irons clear, but it wasn't the prospect of the irons nor the woods that guided Rose to make the switch from TaylorMade, whose clubs he has used for over 20 years. It was the chance to choose any putter he liked, without the restraints on brand commitments and contracts. Rose wanted more freedom when it came to choosing his clubs, something that he knew he wouldn't get with TaylorMade.

"That was a big factor in having that flexibility," said Rose, at HONMA's official North American launch on Monday. "The putter was a huge reason why this conversation (with HONMA) started. I’ve continued, fortunately, to be surprised at every step of the way with the products Honma has been able to produce,” he added.

The putter that Rose is currently looking at is the Axis1, another brand unknown to many. He won't be using the putter on Thursday as he is still making some adjustments and tweaks, working with the team there to make the putter more suitable, something he has been doing with HONMA too, showing how important collaboration is to Rose at this stage of his career.

“It has a pattern that is very robust and no one else can really copy,” said Rose. “It’s a technology I really, really believe in and buy into. It’s not been the prettiest putter until recently. I’ve been working with the team there really hard to try to make something that looks really good or somewhat conventional, but has the performance elements that give it its pattern and its advantage. It’s been a very collaborative process.”

Rose will have several HONMA clubs in the bag on Thursday, but he is undecided on whether he will use all blades or split the set to include the prototype cavity back 747 V irons. The question still remains whether the HONMA 747 460 driver will be in his bag, which Rose has rigorously tested and is extremely happy with what he has seen so far.

“The driver was the risk,” he said. “I think that’s fairly obvious. I was incredibly confident I was going to have a set of irons that look and feel like nothing I've ever had and that has been the case. The driver I had to take people’s word for, and I’ve been blown away by the performance.”

It will be interesting to see what's in the bag of the Olympic Champion come Thursday and how he gets on in his new equipment adventure. Best of luck JR, GolfMagic are rooting for you.