You won't believe who Francesco Molinari has become ambassador for...

Probably the most random golf-rugby partnerships you'll ever see... 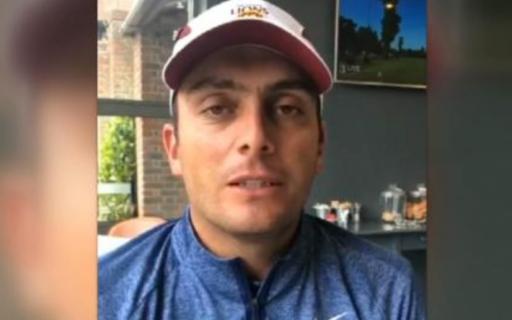 Francesco Molinari has become an ambassador of Australian Football League side Brisbane Lions. Yes, random... that's what we thought too!

Watch the post below as Molinari takes to Twitter to reveal his new deal, which he looks *overwhelmed* about in his new Lions cap...

Golf champion @F_Molinari is ready to be #Uncaged!

Great to have you join the pride, Francesco! pic.twitter.com/3lziSCOO3M

Some Lions fans - judging by the social media post below - haven't even got a clue who the Open champion, European Tour Race to Dubai winner and European Ryder Cup winner even is...

Not sure who he is, but happy to have him part of the Pride anyway

Given Molinari's build, we don't imagine he's ever given rugby much consideration down the years, especially after fellow Tour pro Scott Hend's comment...

Great to now we just have to school him up on the finer points of the game....

We also don't envisage Molinari's bank balance needs much of a boost following his recent Bay Hill victory and close call at The Masters.

Can someone explain the logic here - tell me it’s not just the money Frankie.