Goosen: How I chip with my Rescue club

World No.5 Retief Goosen lets Golfmagic into his Open Championship secrets. He'll be using his latest TaylorMade Rescue Dual for chipping as well as blasting it from the fairways and tees... 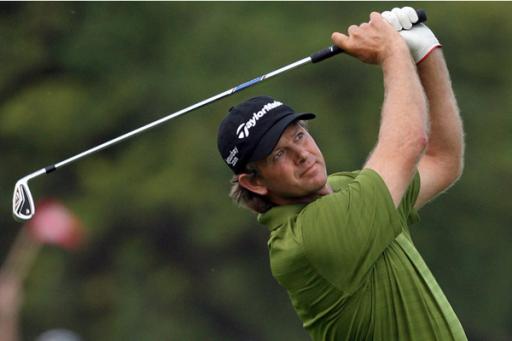 It's 12 months since Todd Hamilton shook up the short game world using his rescue club with devastating effect. It helped him win The Open at Royal Troon.

This year world No.5 Retief Goosen predicts many other pros will turn to a rescue wood to get them out of sticky spots around St Andrew's greens. Golfmagic caught up with the South African as he gets his short game into shape for links golf.

Why chip with your TaylorMade Rescue Dual TP and not a wedge?

"It is a percentage shot and removes nearly all the risk. Amateurs can get shots badly wrong when using lofted wedges. They either catch it fat or thin and run up a double bogey rather than saving par. A chip with a rescue club will always give me a good chance of an up and down."

When should it be used?

"Obviously it can only be used when you don't need to hit over something. It's much easier to predict what will happen to a ball when it's rolling along the ground rather than travelling in the air and landing on a slope. It eliminates any chance of a bad bounce or being buffeted by the wind.

"Therefore, it’s ideal to use when the pin is tucked away by a steep slope when a flop shot is too high a risk. It is also good to use when the ball is resting up against the fringe of the green. The clubface glides through the grass whereas a wedge can get caught up."

"I adopt the same stance as I do when I’m putting. I use my putting grip or normal grip depending on which is more comfortable. Then I simply rock my shoulders to get the ball moving, concentrating on getting a pure strike.

Why use a rescue club rather than a 3- or 5-wood or putter?

"The rescue club is ideal because it has a shorter shaft than a 3-wood so I can get closer to the ball making it easier to control. The ball comes off the face with more of a fizz than a putter, so I don't have to hit it as hard and reduce the chances of misjudgement."

Where will the pros use it?

"In exactly the same situations as an amateur but particularly in links golf where the ball is exposed to the elements. You can expect to see it used from anywhere up to 50 or 60 yards from the hole at St Andrews. Some pros, such as Paul McGinley, have even ditched a wedge from their bag in exchange for a cut-down rescue club, to almost custom-fit it for chipping."

Verdict ?It all sounded good in theory but what would happen when I tried it on the course?

I had the ideal opportunity on several holes during a round at a links course and tried to put Goosen’s tips into action when left with shots of around 20 to 30 yards across greens with devilish slopes.

Admittedly it took a total change of mindset to pull the TaylorMade Rescue Dual from the bag instead of attempting a Mickelson-esque lob shot. But on three occasions I got the ball to within 10 feet of the hole, saving par twice.

The theory behind it is not rocket science and the results were incredibly satisfying. Doubtless it is a shot I will use a lot in future.