Tilt your head to stop slicing 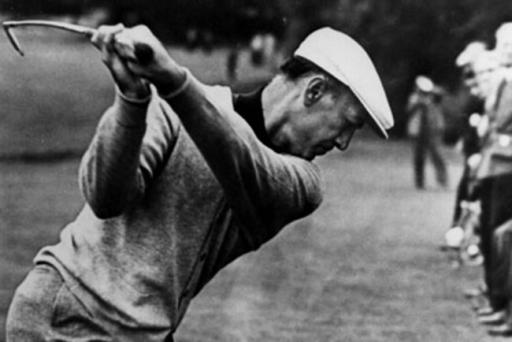 If you slice, your shoulders will be open or pointing left of target at the moment of impact. This means you have an out to in swing path.

But it's not only your shoulders that point left. As your upper body has swung round, your head has been pulled to the left as well. At impact a line through your eyes would be pointing in the same direction as your shoulders – left of target.

To stop slicing and start coming into the ball on the correct path, you have to find a way to keep the upper body from swinging open.

At address, tilt your head to the right so that a line drawn through your eyes would point to the right of target. On the back swing make sure it stays at that angle and you don’t cheat by letting it return to where it prefers to be.

If you concentrate on keeping the same head angle at the beginning of the downswing, it will help stop your shoulders dominating and swinging open.

The more you want to hook the ball the more your head needs to be tilted to the right at address.