The first event of the LIV Golf Invitational Series will take place at Centurion Golf Club in June and an entry list will be announced in May. 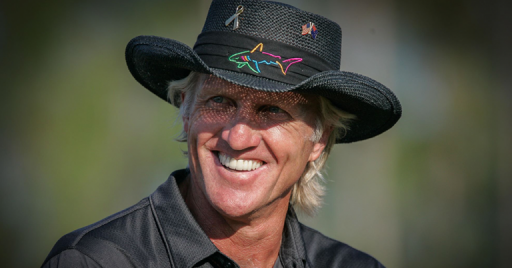 15 players currently ranked in the top 100 in the Official World Golf Rankings have entered the first event of the LIV Golf Invitational Series.

The deadline for players on the PGA Tour to request a release to play passed on Monday. Players needed a release in order to play in the Saudi International in February too.

At the first event set to take place at Centurion Golf Club near London on June 9-11, there will be 48 players playing for the $20 million prize purse over 54 holes and there is no cut.

A LIV Golf spokesperson didn't reveal any names of who is set to compete, but a full list of participants will be released on May 27. The event will take place in the same week as the RBC Canadian Open on the PGA Tour.

Four events in the eight-event series will take place in America. These sites are Pumpkin Ridge Golf Club in Portland, Trump National Golf Club in Bedminster, the International in Boston and Rich Harvest Farms in Chicago.

It was also announced that the season-ending team championship will be held at Trump Doral in Miami, Florida at the end of October. The Saudi-backed series is certainly beginning to take shape.

Greg Norman, the CEO of LIV Golf Investments and the commissioner of the new tour, has previously promised that the breakaway series will attract some of the world's top players.

On Monday, it was revealed that six-time major champion Phil Mickelson has filed an entry for the first LIV Golf tournament in the summer as he prepares to return to public life.

No player has publically confirmed their participation. Last week, PGA Tour player Robert Garrigus confirmed he requested a release to play in the LIV Golf series.

Players such as Jon Rahm, Collin Morikawa, Tiger Woods and Rory McIlroy have all rejected the rival tour despite the riches that are being provided by the Saudi government and the Public Investment Fund.

Next Page: Shocking fight breaks out on golf course over weekend