Sergio Garcia is reportedly ready to play in the first event of the LIV Golf Invitational Series and risk not participating in the Ryder Cup again. 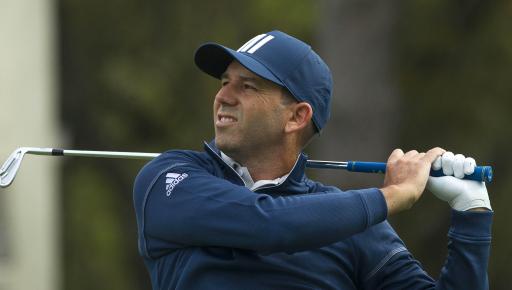 Sergio Garcia is reportedly willing to join the LIV Golf Invitational Series along with a number of other high profile players from the PGA Tour.

According to the Telegraph, the former Masters champion will risk future involvement in the Ryder Cup to play in the first event of the breakaway series which begins in June.

Previously, the PGA Tour has threatened to ban players from the circuit who join the LIV Golf Series and other reports have suggested that they could be ineligible for future Ryder Cups.

Greg Norman, the CEO of LIV Golf Investments and the commissioner of the series, has previously questioned the legality of preventing their players from being released to play on other tours.

Garcia, 42, is the Ryder Cup's all-time leading points scorer. He has made 10 appearances for Team Europe and he has been on six winning teams.

On Monday, it was revealed that 15 players in the top 100 of the world rankings are set to play at Centurion Golf Club near London, the venue for the first event of the rival tour.

It has been rumoured that Lee Westwood, Ian Poulter, Louis Oosthuizen and Adam Scott could also be interested in the eight-tournament series that will feature prize purses of $20 million each week.

The emergence of the LIV Golf Invitational Series has caused an ethical stir as it is being bankrolled by the Public Investment Fund, which is the sovereign wealth fund of the Saudi Arabian Government.

It was also reported on Monday that Phil Mickelson has entered the first LIV Golf event. Mickelson hasn't played on the PGA Tour since January after his collusion with the Saudis became apparent.

The first event on the LIV Golf Invitational Series won't have a cut, guaranteeing every player a payday.