Brooks Koepka is set to become the latest big-name player to abandon the PGA Tour and join the LIV Golf Invitational Series commissioned by Greg Norman. 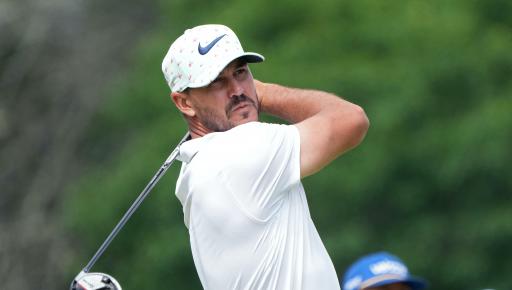 According to James Corrigan of The Telegraph, Koepka is likely to have accepted a seven-figure salary to join the rebel series which began at Centurion Golf Club on June 9.

Along with Dustin Johnson, Phil Mickelson and Louis Oosthuizen, Koepka is set to be suspended from the PGA Tour as is consistent with the guidelines set out by commissioner Jay Monahan.

Just after the first event of the LIV Golf Series got underway, Bryson DeChambeau, Patrick Reed and Pat Perez all committed to the breakaway tour and it looks as though Koepka has joined them.

It had been rumoured that a multiple major winner was going to defect from the PGA Tour this week and the newly-wed 32-year-old fits that profile. He will join his brother Chase who played in the first event near London.

Other American stars such as Rickie Fowler, Matthew Wolff and Bubba Watson have also been linked to the LIV Golf Series and we have reason to expect further announcements this week.

Last week at the US Open, a tournament Koepka has won twice before, he was openly frustrated by the questioning surrounding the series commissioned by Greg Norman.

The World No.19 didn't express the same passion for the American circuit as the likes of Rory McIlroy and Justin Thomas and his defensive comments on the matter meant speculation began swirling.

"I'm here. I'm here at the US Open. I'm ready to play US Open, and I think it kind of sucks, too, you are all throwing this black cloud over the US Open. It's one of my favourite events. I don't know why you guys keep doing that," Koepka said in Brookline.