The PGA Tour is set to hold a meeting with the players at TPC River Highlands this week as it braces itself for further LIV Golf announcements. 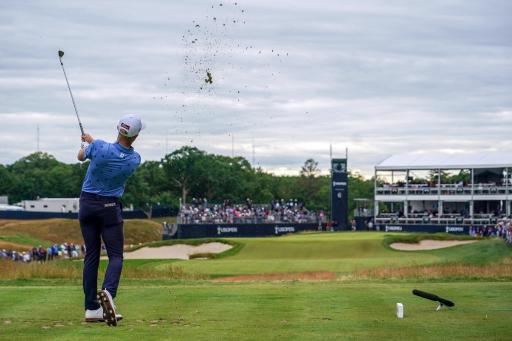 The PGA Tour is set to hold a mandatory meeting with the players at the Travelers Championship today in Connecticut as further announcements on LIV Golf signings are expected in the coming days.

Rory McIlroy and Justin Thomas, the tour's most vocal advocates, are in the field this week at TPC River Highlands as well as World No.1 Scottie Scheffler.

On Wednesday, Jay Monahan is also set to hold a press conference in Cromwell at 1 pm local time. We anticipate the PGA Tour commissioner to update us on further actions he could take regarding player resignations and those who have chosen LIV Golf.

Since the first day of the inaugural LIV Golf event at Centurion Golf Club near London, Bryson DeChambeau, Patrick Reed and Pat Perez have joined the series commissioned by Greg Norman.

These three players are set to be suspended from the circuit, as will players who continue to move over. Abraham Ancer is strongly rumoured to have made the switch and more are expected in the coming days.

According to reports, a multiple major winner has succumbed to the millions laid on offer by the Public Investment Fund of Saudi Arabia. Collin Morikawa, Bubba Watson and Brooks Koepka are players who fit this profile, with the latter two being the most likely suitors.

Monahan has held an aggressive line from the start with the LIV Golf Invitational Series. He joined Jim Nantz in the commentary box at the RBC Canadian Open two weeks ago where he passionately defended the PGA Tour.

"I guess I would answer the question (of why players cannot do both) by asking a question, and that is, why do they need us so badly? Because those players have chosen to sign multi-year lucrative contracts to play in a series of exhibition matches against the same players over and over again," Monahan said.

"You look at that versus what we see here today, and that's why they need us so badly. You've got true, pure competition, the best players in the world here at the RBC Canadian Open, with millions of fans watching, and in this game it's true and pure competition that creates the profile and presence of the world's greatest players.

"Why is this group spending so much money, billions of dollars, recruiting players and chasing a concept with no possibility of a return? At the same time, there has been a lot of question and comments about 'growth of the game' and I ask, 'how is this good for the game we love?'"

We could also expect Monahan to pass comment on the DP World Tour. The two circuits have a strategic alliance but the silence from the old European Tour has been deafening.

Other matters such as future major championships and the Ryder Cup could also be addressed in what is set to be another turbulent week in the world of professional golf.

Next Page: Will Zalatoris hits out at "Instagram morons" after US Open heartbreak