Bryson DeChambeau has confirmed he will remain on the PGA Tour for as long as the best players in the world remain on the circuit. 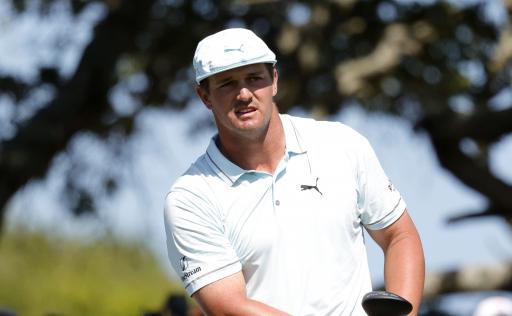 Bryson DeChambeau has chosen to stay with the PGA Tour for as long as the best players in the world remain on the world's top circuit.

After speculation was growing about DeChambeau receiving as much as $240 million to be the face of the new Saudi golf league, the 28-year-old has pledged his allegiance to the PGA Tour.

The former US Open champion's announcement has been made on the same day that Dustin Johnson also committed his future to the tour and rejected the Saudi rumours.

"While there has been a lot of speculation surrounding my support for another tour, I want to make it very clear that as long as the best players in the world are playing on the PGA Tour, so will I," DeChambeau wrote in an official statement on social media.

"As of now, I am focused on getting myself healthy and competing again soon. I appreciate all the support."

DeChambeau has been out of action due to injuries to his wrist and hip. He withdrew from the Sony Open and the Saudi International this year as a result of his injuries.

DeChambeau and Johnson have now ended speculation of joining the Saudi golf league, which is set to begin this year, sanctioned on the Asian Tour.

The Asian Tour has been the subject of a $200 million investment from LIV Golf Investments and the Public Investment Fund which represents the Saudi Arabian government.

DeChambeau, a winner of eight PGA Tour titles, joins the long list of players who have committed to the PGA Tour such as Tiger Woods, Jon Rahm, Rory McIlroy, Justin Thomas and Collin Morikawa.

Fellow tour player Kramer Hickok recently revealed that up to 17 players have "jumped over" to the Saudi tour set to begin in June, but DeChambeau has ruled himself out of participation in the controversial development.