Dustin Johnson has pledged his full support and commitment to the PGA Tour in an official statement released on Sunday afternoon. 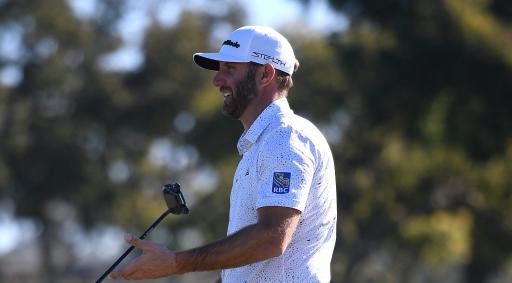 Dustin Johnson has pledged his full support and confirmed his commitment to the PGA Tour in a sensational official statement on Sunday afternoon.

Johnson addressed the speculation that surrounded his views and decision on moving to the Saudi golf league, but he has stated he is staying put.

The former World No. 1 has previously refused to divulge whether he had decided to join the Saudi-backed tour behind the scenes, which left the possibility of his transfer rather ambiguous.

"Over the past several months, there has been a great deal of speculation about an alternative tour; much of which seems to have included me and my future in professional golf," Johnson said in the statement.

"I feel it is now time to put such speculation to rest. I am fully committed to the PGA Tour. I am grateful for the opportunity to play on the best tour in the world and for all it has provided for me and my family.

RELATED: DUSTIN JOHNSON HAS A SHOCKER IN THE SAND: "HAS HE GOT SOMEWHERE ELSE TO BE?"

"While there will always be areas where our tour can improve and evolve, I am thankful for our leadership and the many sponsors who make the PGA Tour golf's premier tour."

The two-time major champion joins a healthy list of players such as Rory McIlroy, Collin Morikawa and Justin Thomas who have rejected the idea of moving to the Saudi tour.

According to tour player Kramer Hickok, up to 17 players, some of the supposed big names, have decided to "jump over" to the Saudi tour, but he named no names when talking to The Stripe Show Podcast.

World No. 1 Jon Rahm and golf legend Tiger Woods have also submitted full support for the PGA Tour. It seems many of the world's best players want to stay put.

This certainly puts the Saudi golf league in jeopardy. The concept is meant to launch on the Asian Tour this year with money pumped in by LIV Golf Investments and the Public Investment Fund in Saudi Arabia.