Bryson DeChambeau has revealed why he is remaining in the antitrust lawsuit against the PGA Tour ahead of LIV Golf's $50m season-ending event in Miami. 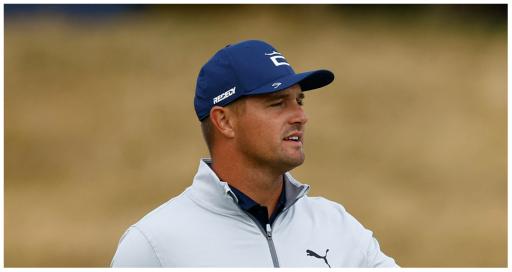 Bryson DeChambeau has slammed the "petty" and "childish" PGA Tour ahead of LIV Golf's season-ending team championship in Miami as he revealed the reason why he remains in the antitrust lawsuit.

DeChambeau, 29, was one of 11 LIV Golf players who brought legal action against the tour in August. The PGA Tour have countersued.

Now only three players remain involved and DeChambeau is one of them, alongside fellow American Peter Uihlein and the Australian Matt Jones.

The fact players have remained involved in the legal action is curious because LIV Golf have added themselves as a plaintiff, which prompted Phil Mickelson to drop out.

But DeChambeau has told ESPN that he only remains involved out of a matter of principle as he accused the PGA of not paying him the second half of the money he earned through the Tour's Player Impact Program [PIP].

Essentially, the PIP was designed to reward players who have the biggest positive impact on the PGA Tour's business.

Critics have argued that it is essentially a slush fund to prevent the PGA Tour's biggest stars from joining LIV Golf.

DeChambeau finished fifth, scooping $3.5m. But the Tour are apparently holding out on half of it.

He told ESPN of the lawsuit:

"I will say, personally, that there have been multiple opportunities for me to not be a part of it [the antitrust lawsuit].
"But, considering the PGA Tour's actions and the way they've handled certain situations ... given the fact that one of the reasons why I'm in the lawsuit is because they haven't payed me my second half of the PIP money.
"So, the money isn't the significant part. It's the principle. And it's really been frustrating to tell over the last six years that I've had to deal with them.
"Again, it's consistently frustration after frustration of them just not handling things correctly from my perspective."

Asked for an explanation why the PGA Tour allegedly haven't paid up, DeChambeau added:

"[I am] not in good standing with the Tour. So I had an obligation this November, it was the last thing I needed to do to complete the whole thing and they said, 'Because you are not in good standing we are not allowing you to do something for junior golf and help out junior golf.'
"[It] blew my mind. It was a first tee appearance in Dallas. To me, that's childish and it just shows where they stand emotionally.
"And, I respect it and I understand it. But, at a certain point when you've completed something and you've provided entertainment for them last year and you've completed that... that's the reason why I'm in the lawsuit."

Bryson DeChambeau says that he's still in the #LIVGolf lawsuit on principle, because the PGAT refuses to pay him the PIP money from 2021.

They will not allow him to do a First Tee appearance which would complete his PIP duties. #GrowTheGame

DeChambeau joined LIV Golf for a reported fee of $140m.

He has been suspended by the Tour indefinitely pending the outcome of legal proceedings.

In the original lawsuit, it noted that the 2020 U.S. Open champion was suspended for allegedly recruiting players to join LIV.

It read that DeChambeau was:

"Sent notice that it was sanctioning him for talking to other Tour members about the positive experiences he had with LIV Golf."

Watch one of our videos