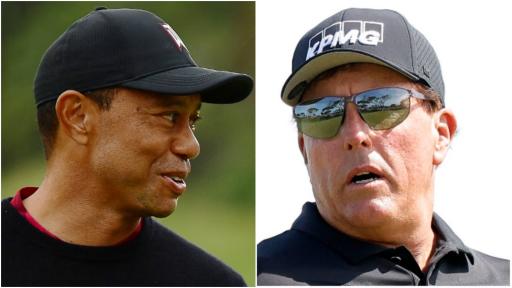 It has been a tough old few weeks for Phil Mickelson and things have not got much better for him today as Tiger Woods decided to rub his nose in the fact he finished second behind him in the PGA Tour's Player Impact Program (PIP) race for 2021.

Mickelson had tweeted at the end of 2021 that he had pipped Woods to the PIP race on the PGA Tour.

But it was today confirmed by the PGA Tour that Woods had in fact won the $8 million first-prize bonus, and Mickelson was picking up $6 million in second.

It's fair to say Woods was loving every minute of it today as he tweeted "whoops" in response to Mickelson' tweet from December 29, 2021.

More: Phil Mickelson WRONG as Tiger Woods is confirmed the winner of the PGA Tour's Player Impact Program for 2021

Here's a selection of tweets in response to Woods' burn, including one from golf YouTube sensation Rick Shiels:

Next Page: If Phil Mickelson had just said THIS then he might have been okay...