Valderrama in Cadiz, Spain is one of the most historic venues in European golf but the club is reportedly in talks to host a LIV Golf Tour event in 2023. 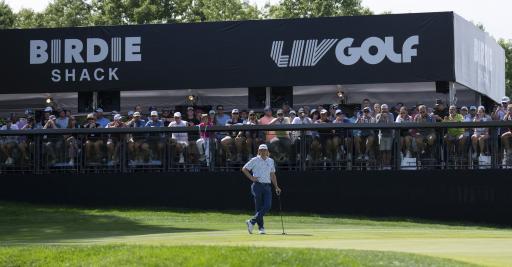 Real Club Valderrama is in talks with LIV Golf to host an event in their expanded 2023 schedule, representing a significant blow to the DP World Tour.

As reported by James Corrigan of the Telegraph, Greg Norman sees LIV Golf rebel Sergio Garcia as a valuable cog in negotiations with Valderrama, but the DP World Tour has confidence that talks will come to nothing.

On a list of potential venues for the 14-event LIV Golf schedule posted on social media by Evin Priest, the event at the famous club would be held in July between returns to Centurion and Bedminster.

Further additions to the schedule could include stops in Singapore, Philadelphia, Washington and Australia. Cameron Smith and Marc Leishman were important acquisitions for Norman in promoting more events in Australia.

Valderrama is located in Cadiz, Spain. It is one of the most iconic golf courses in the world, hosting the Volvo Masters in three different decades as well as the Andalucia Masters and the Open de Espana.

A tentative LIV schedule for 2023 is being floated among LIV officials and includes Australia in mid-April. Sydney has been touted, although sources say Queensland is now on the table due to venue size. pic.twitter.com/2dCYCAAJQN

The well-known course will host the Andalucia Masters again in October. There will be a prize purse of £3 million and former World No.1 Jon Rahm is set to play as he did in 2021.

We have seen many of Europe's most recognisable figures such as Lee Westwood, Ian Poulter, Henrik Stenson and Martin Kaymer defect to LIV Golf, but this would be the first time a famous venue will have succumbed.

The LIV Golf Series has been described as a disruptor in the industry, and this move with Valderrama would be a hugely significant disruption which would test the loyalties of a place steeped in European golf history.

Turnberry is also rumoured to be another course which could be lured by LIV Golf. As it is owned by President Trump, it wouldn't be a shock if this venue followed Bedminster and Doral in Trump's collaboration with LIV and their pot of millions provided by Saudi Arabia.