Dates, locations and courses. This is everything you need to know about the LIV Golf 2022 schedule. 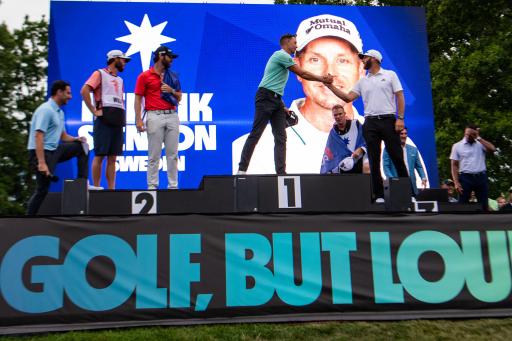 After a tumultuous build-up, the LIV Golf Invitational Series kicked off at Centurion Club just outside London in June 2022.

In total, the prize purse for the entire global series is $255million. For the first seven events, the field of 48 players will compete for $25million.

Of that money, $20million is guaranteed to be handed out to the players. The winner takes home $4million whilst the last-placed finisher earns $120,000.

The other $5million is reserved for the team element. The 48 players in each tournament are divided into 12 teams of four with their team captains.

Here's how much the leading LIV Golf players have earned so far in 2022.

The series finale, hosted at Trump National Doral in Miami, will be a $50million prize purse event.

There will still be a shotgun start in the series finale.

The team that wins will walk away with $16million, followed by $10million for second and $8million for third.

As you can imagine, the highest-profile players have been selected as the individual captains. They also choose players via a draft.

Dustin Johnson and his "4 Aces GC" dominated the team element over the start of LIV Golf, winning two out of the first three tournaments.

Next year, LIV Golf have announced plans to expand into a league.

The prize purses have also more than doubled, with the players competing for a whopping $405million over 14 events.

Scroll down to see the 2022 LIV Golf schedule

Next page: Everything we know about LIV Golf