The DP World Tour has suspended players from competing in three upcoming events and each player who defied release rejections will be fined £100,000. 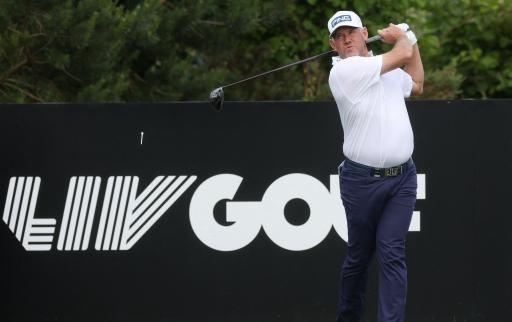 The DP World Tour has decided on sanctions to implement on their players who competed in the first LIV Golf event at Centurion Golf Club on June 9-11.

Each player will be fined £100,000 and the money raised from the fines will be shared equally into prize funds for upcoming tournaments and through the tour's Golf for Good programme for deserving charitable causes.

Related: Why Xander Schauffele has turned down an "obnoxious offer" from LIV Golf...

It had been previously reported that the new LIV Golf players would be banned from playing at The Renaissance Club next month and the DP World Tour confirmed this today.

This is the first significant action that the old European Tour has taken since the inception of the LIV Golf Series, commissioned by Greg Norman and bankrolled by the Public Investment Fund of Saudi Arabia.

On June 9, the PGA Tour suspended its members who defied regulations and release rejections, but since then, the silence from Pelley and the DP World Tour had been deafening.

The likes of Sergio Garcia, Martin Kaymer, Louis Oosthuizen, Bernd Wiesberger and Sam Horsfield will be among the most notable names affected by these sanctions.