The DP World Tour has followed the PGA Tour in rejecting release requests from their players to play in the first event of the LIV Golf Invitational Series. 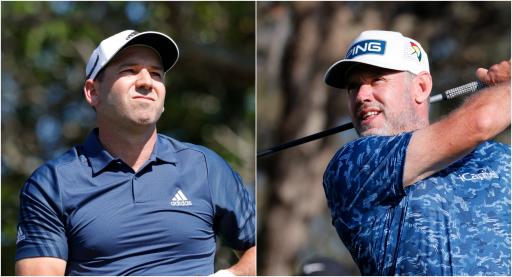 The DP World Tour has rejected the release requests from players in another dramatic turn of events that has hampered the LIV Golf Invitational Series.

The European circuit will deny releases to the likes of Lee Westwood and Richard Bland who intended to play in the first LIV Golf tournament at Centurion Golf Club in June.

First reported by The Telegraph, this revelation comes shortly after the PGA Tour also announced they will not allow releases for their players to play in the new rival tour commissioned by Greg Norman and bankrolled by the Public Investment Fund in Saudi Arabia.

In a letter from Competition Administrator Kirsten Burgess and Commissioner Jay Monahan, the tour states a release for a player would "significantly and unreasonably harm the tour and its sponsors."

The PGA Tour also say that as the LIV Golf Invitational Series will feature eight events, they are not one-off events that the tour would be able to grant releases for.

This week beginning May 9 has been the most dramatic and developmental week for Greg Norman and his new golf series. He told Sky Sports that six players in the top 50 of the world rankings were set to tee it up in the LIV Golf Series.

When questioned about the culture of the Saudi Arabian government and their alleged atrocities, the two-time major champion declared he doesn't answer to Mohammed bin Salman and isn't concerned with politics.

He described players as independent contractors and in a letter he sent on behalf of LIV Golf Investments to the PGA Tour back in February, Norman wrote, "And surely, your lawyers at the PGA Tour must be holding their breath," with regards to banning players and rejecting releases.

But fast forward to now, the Australian has been faced with great difficulty as both the PGA Tour and the DP World Tour have blocked players from deferring.

Off the back of the PGA Tour's announcement yesterday, Norman described their actions as "anti-golfer, anti-fan and anti-competitive."

Next Page: Who are the best putters on the PGA Tour ahead of the AT&T Byron Nelson?