Fred Couples saw the funny side of the PGA Tour denying waivers to players wanting to play in the LIV Golf Invitational Series opener. 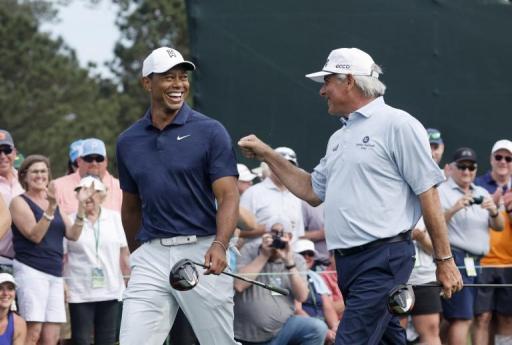 Fred Couples appeared to be absolutely loving the PGA Tour's decision to refuse players releases for the Saudi-backed rebel league.

If you happen to live under a bridge, the PGA Tour has refused to grant waivers for those wanting to play the first LIV Golf Invitational Series opener in England next month.

The global, eight-event series will see players competing for dizzying sums of money that will make your head spin.

Overall, the total prize purse for the entire series is $255million. Norman says he has another $2billion investment from the Saudis coming to expand the series in the coming years.

Monahan said, per a memo released to players, said that those who take part in the event at Centurion Club would be in violation of their regulations.

Norman has hit back, calling the decision "anti-golf" and claimed that nothing would stop him from carrying on. A legal battle surely beckons.

However, Couples, who has won 15 times on the PGA Tour during his Hall of Fame career and is sure to be future Ryder Cup captain, does not care at all.

It's not surprising in the least that he has chosen the PGA Tour's side:

Even golf fans saw the humorous side of his post:

Me shooting my shot on dating apps https://t.co/2NQQCwy8A3

Anyone applying for a loan in 3 months https://t.co/RGyzk5dDIj

My credit card after this weekend https://t.co/AmKu1gdR64

Harry Higgs trying to get a table for 1 at Chuck E Cheese https://t.co/WgVhPW70e7

Peter after Jesus got arrested https://t.co/L6sXemJZTi

every year I apply for masters tickets https://t.co/sFmolCbdAR