Brooks Koepka, one of the favourites, has withdrawn from the AT&T Byron Nelson on the PGA Tour. 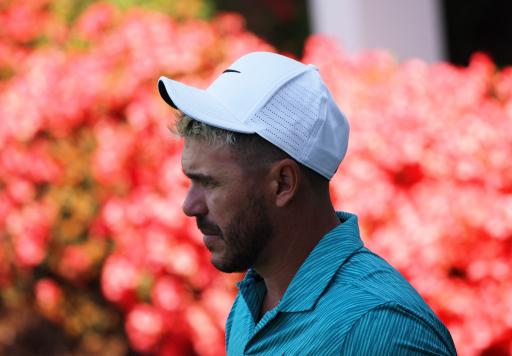 At the time of writing, no reason has been given for Koepka's withdrawal. He has been replaced in the field by Satoshi Kodaira.

Koepka, 32, was one of the favourites heading into TPC Craig Ranch as it is measures at more than 7,450 yards and favours the big hitters.

The four-time major champion is currently outside the top 15 in the Official World Golf Ranking.

His 2021-2022 PGA Tour season has been largely inconsistent. He's gone back and forth posting good finishes with missed cuts.

Koepka was previously announced as a full-time Srixon equipment staffer and has changed clubs and ball.

That, of course, will take some time to get used to. Keopka has looked in good form in some events, particularly tee to green at Valspar.

Brooks Koepka WD from the AT&T Byron Nelson and is replaced in the field by Satoshi Kodaira.

In total, he has made 13 starts on the PGA Tour this season, making seven cuts.

Notable missed cuts for Koepka include the Players Championship at TPC Sawgrass and the 86th Masters after posting 75-75.

Koepka previously admitted earlier in the season that he was finally able to play pain free after battling his way through multiple injuries.

"I'm like glass man," he previously told reporters about issues with his back and knee.

Tommy Fleetwood is also a late addition to the field after the withdrawal of Danny Lee on Friday.