Mike Lorenzo-Vera has never been scared to voice his opinions and he has torn into the players who are participating in the LIV Golf Invitational Series. 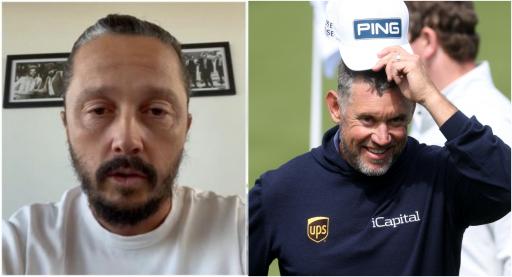 DP World Tour player Mike Lorenzo-Vera has torn into players who are planning to play in the LIV Golf Invitational Series.

In his Twitter bio, Lorenzo-Vera describes himself as "politically not correct" and he tweeted his strong opinion about players who have requested releases to play at Centurion Golf Club in June.

"WTF is going on in some player's head???? Not enough on the @PGATOUR??? Not well organized? Bad schedule? Bad courses? Bad crowd? Before the LIV, looks like they were happy! UNGRATEFULNESS!!!! That’s the only word that comes to my mind. #education," he tweeted on Friday morning.

In February, Lorenzo-Vera posted a video on social media of an impassioned speech he made against the Saudi golf league and the atrocities that the Saudis have been linked to.

WTF is going on in some players head ????
Not enough on the @PGATOUR ???
Not well organized ? Bad schedule ?
Bad courses ? Bad crowed ? Before the LIV , looks like they were happy ! UNGRATEFULNESS !!!! That’s the only word that comes to my mind. #education

The Frenchman spoke of a BBC documentary he saw about a Saudi Arabian-led intervention in Yemen that left kids dying with a lack of food, and this was enough for him not to commit to the LIV Golf Invitational Series commissioned by Greg Norman.

The 37-year-old made his comments during his participation in the Betfred British Masters at The Belfry, two days after Lee Westwood and Richard Bland confirmed they'd requested releases to play in the LIV Golf Series.

Sergio Garcia essentially confirmed his participation when saying he "couldn't wait to leave the tour" during a first-round rant at the Wells Fargo Championship on Thursday.

The breakaway tour will have eight events and it is being bankrolled by the Public Investment Fund, the sovereign wealth fund of Saudi Arabia.

The PGA Tour has threatened to ban players who play in these events, while it has been reported that European players risk banishment from future Ryder Cup involvement.