Rory McIlroy fired a solid round of 3-under-par at TPC Potomac to sit four shots behind Jason Day. 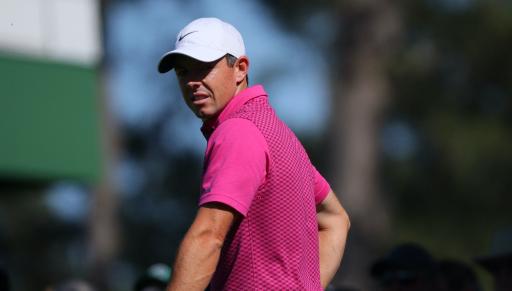 Rory McIlroy opened the defence of his Wells Fargo Championship title in solid style with a score of 3-under-par at TPC Potomac.

McIlroy has won this event three times, all of them coming at Quail Hollow Golf Club. His win in 2021 was his 19th PGA Tour title.

The Northern Irishman, reeling off his impassioned runner-up finish at The Masters, made seven birdies on a day that also saw some of his inconsistencies creep in.

McIlroy said ahead of the first round that he knows "his game is there" and he took confidence from his final-round score of 64 at Augusta National.

He made bogeys on the 11th and 17th holes in Maryland as well as a double-bogey at the 4th hole. Nonetheless, he is in good shape to make his sixth cut in seven events in the 2022 season and to contend for yet another win at this tournament.

Related: Justin Rose on Greg Norman's tour: "I am not ready to just play golf for money"

McIlroy made five birdies in his first nine holes and in doing so, he tied his career record for the number of birdies he's made in an opening nine holes at a PGA Tour event.

His score of 67 put him four shots behind leader Jason Day, who opened with a superb 63.

Day, a former US PGA champion, is winless on the PGA Tour since this very event in 2018, albeit on a different golf course.

Matthew Wolff, a player who has missed four of his last seven cuts, made six birdies and just one bogey on his way to a superb 65 which is his lowest round since November. He has not won on tour since his sole victory at the 3M Open in 2019.

Matt Fitzpatrick scored a solid 68 on day one. The ever-consistent Englishman has made six top-25 finishes in 10 starts on the PGA Tour this season, but is still winless in the states.

Tony Finau and Corey Conners are a further shot back from Fitzpatrick on 1-under-par, while Tyrrell Hatton and Seamus Power both shot evens.