Martin Kaymer can be revealed as the former World No.1 who wants to play in the rebel league. 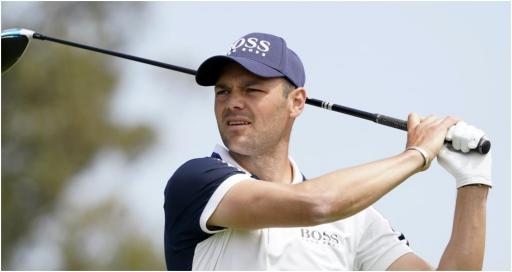 European Ryder Cup hero Martin Kaymer can be revealed as the mystery former World No.1 golfer who wants to play in the Saudi-backed rebel league.

According to a report by James Corrigan of The Telegraph, the 37-year-old from Germany wants to feature in the first LIV Golf Invitational Series event at Centurion Club next month.

Kaymer, who sank the putt against Steve Stricker to ensure Europe would retain the Ryder Cup at Medinah in 2012, has joined a host of players who have requested releases.

Lee Westwood, Richard Bland and Sergio Garcia are just some of the names who have finally confirmed their intentions to play in the league which is being overseen by Greg Norman as LIV Golf's CEO.

The global, eight-event series will see players competing in a 54-hole, no-cut format with a prize purse totalling a mega $255million.

Kaymer is currently ranked 191 in the world and hasn't won since 2014.

Garcia, in particular, had not publicly confirmed his intentions to play until he was on the wrong side of an incorrect ruling at the Wells Fargo Championship on the PGA Tour this week.

The Masters champion ranted at the rules official and said he "could not wait" to leave the Tour, hinting at a switch to the league bankrolled by Saudi Arabia's sovereign wealth.

Now his management team have confirmed he, too, has requested a release.

It is expected that the PGA Tour will grant releases for the first event but will deny waiver requests for conflicting events in the United States, which would inevitably spark a lengthy litigation process.

Pelley reportedly sent a memo to DP World Tour members urging them to consider the bigger picture if they want to play in the league.

Kaymer has only pegged it up three times in 2022 and has missed two cuts.

His next start could be the PGA Championship in a few weeks' time, shortly before the first LIV Golf event.