Dustin Johnson on what he will do when not playing in LIV Golf event and majors: "I can do whatever I want to." 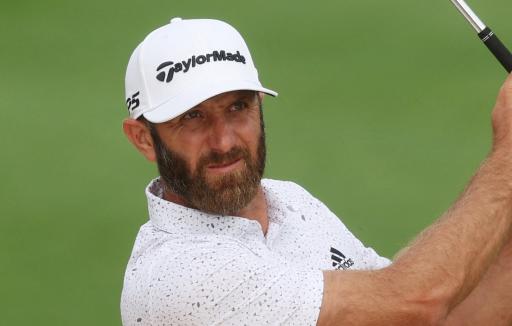 Dustin Johnson has confirmed he will only be playing in LIV Golf events and the majors moving forwards now having resigned from the PGA Tour.

Johnson explained he will play in all of the eight LIV Golf events this season, as well as the remaining majors of the season at the US Open next week and The Open in July.

Johnson is believed to have received in the region of $150 million from the Saudi-funded LIV Golf Investments which runs the controversial new LIV Golf Invitational Series.

It recently came to light that LIV Golf have pumped another $2 billion into the series with an expanded schedule running through to 2025.

After Johnson's third round at the LIV Golf Invitational London on Friday, Sky Sports' Jamie Weir asked him whether or not he has spoken to the PGA Tour following his decision to resign.

"I have not, and at this point my plan is to play the LIV events and a few majors and that's it," said Johnson, who has won 24 times on the PGA Tour, highlighted by two major wins at the US Open and The Masters.

Weir then asked Johnson what he plans to do with the rest of his time during the season - and Johnson reiterated that having extra time to spend with his wife Paulina Gretzky and two kids was all part of the reason for having joined LIV Golf.

"That's the whole reason I started playing on LIV is to play less golf and not more," said Johnson.

"I can do whatever I want to," he added.