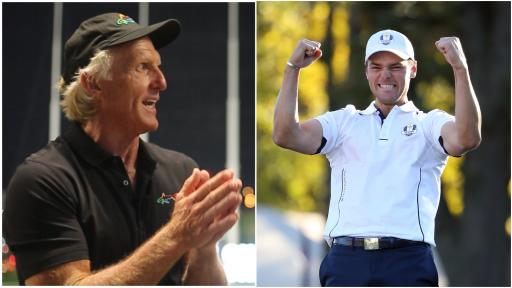 LIV Golf has today announced a $2 billion investment and expanded 2023-2025 event schedule that they say "promises to unlock the sport's untapped worldwide potential and grow the game's audience for the next generaton".

The investment, adds LIV Golf, will be used to fund ongoing expansion and prize purses for the new LIV Golf Invitational Series schedule.

Tournaments will take place across the Asia Pacific, the Middle East, Europe and North America.

"We have a long-term vision and we're here to stay," says two-time Open champion Greg Norman, who is the CEO and Commissioner of LIV Golf.

"We're going to grow the game, give more opportunities to players and create a more entertaining product for fans.

"We believe in adding new experiences and energy to golf, and that includes building out our future schedule in more global markets.

"We're creating an entertaining product that will increase golf participation and attract new fans across a broader global footprint.

"We realise it won't happen overnight, and we're excited for the opportunities LIV Golf will add to the game as we continue to grow."

The inaugural LIV Golf Invitational Series tees up at Centurion Club in England in the second week of June 2022.

The new series backed by Saudi millions will attempt to showcase an innovative new golf format featuring simultaneous team and individual play, with golfers competing for a whopping $255 million in prize purses across eight different tournaments.

Each event will consist of 48 players over three rounds with no cut, as well as shotgun starts to "ensure a faster and more exciting pace".

"As a result, players will consistently play head-to-head against their rivals throughout the year, providing fans with a unique experience," says LIV Golf.

Schedules will never compete with the majors, international team events or heritage events so that players will always be able to make their own choices about where to play, adds LIV Golf.

As it stands, a number of former World No.1 players and major champions have requested to play in the LIV Golf opener including Lee Westwood, Martin Kaymer, Sergio Garcia, Louis Oosthuzen and of course, Phil Mickelson, who has caused all sorts of controversy in recent months leading up to the first event.

Ian Poulter has also requested a release to play in the tournament, as too Richard Bland.

There might be a few more surprise names revealed from the PGA Tour over the coming days but as it stands, those above are likely to be the headline names teeing it up at Centurion Club.

Next Page: How much is Greg Norman getting paid as chief executive of LIV Golf Investments?