Tiger Woods spent some time in the commentary booth at the Genesis Invitational on Saturday and he had some wise words for 54-hole leader Joaquin Niemann. 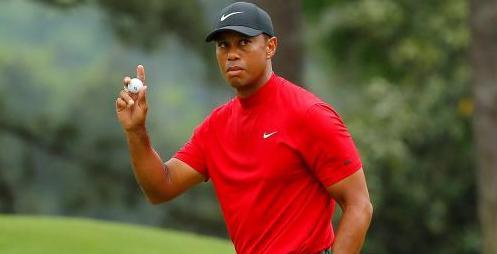 Tiger Woods gave some important and fascinating advice to Joaquin Niemann after the Chilean took a three-shot lead into the final round of the Genesis Invitational.

Woods spent time with Jim Nantz and Sir Nick Faldo in the commentary booth at Riviera Country Club and he explained how to control a lead in the final round on the PGA Tour.

The 46-year-old has converted 56 out of 60 54-hole leads in his PGA Tour career and he has converted 11 out of 13 occasions when he has been tied for the lead.

This has led to 82 wins on the tour and 15 major championships, but Woods ironically has never won the Genesis Invitational, the event where he made his PGA Tour debut in 1992.

"How does it feel to come to get him? Well very simple, you don't go back to them. You go ahead and keep making your pars. Sprinkle a birdie here and there," Woods said.

"Keep making your pars ... Force guys to come out of their game plan and come get you."@TigerWoods talked about what @JoacoNiemann needs to do in order to seize the win @TheGenesisInv. pic.twitter.com/mDEXSQPLug

"Force guys to come out of their game plan and come to get you. On a golf course like this, it's very hard to go low. Obviously not this week, these guys are showing it's pretty simple.

"If he continues to drive it the way he's driving it, he has a natural kind of flatter ball flight. These fairways as fast as they are, it's playing short for him.

"I've seen him back home at the Bear's Club. I know the work he's done in the gym has been incredible, he's gotten a lot stronger and he's very athletic.

With 194 shots hit, Niemann has set the 54-hole record for the event and he is looking to win for the second time on the PGA Tour.

NEXT PAGE: HARRY HIGGS: I KNOW I SHOULDN'T LIFT UP MY SHIRT ON NATIONAL TELEVISION