Fred Couples has expressed pride for Tiger Woods and other golfers who pledged their support for the PGA Tour and dismissed moving to the Saudi tour. 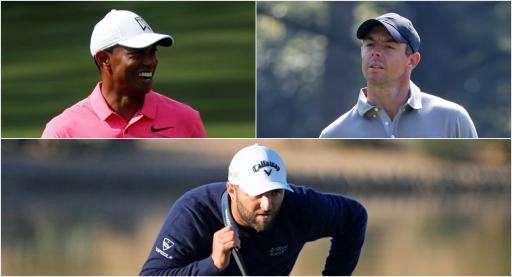 PGA Tour legend Fred Couples has expressed deep pride that Tiger Woods and a number of other golf stars have rejected the Saudi golf league.

All of these players have said they want to build a legacy on golf's premier circuit and have maintained they don't play the game of golf for money.

McIlroy has previously described the Saudi golf tour as a "money grab" and he is sick of the speculation surrounding the rival tour.

Rahm, the current World No. 1, declared his "fealty" for the PGA Tour and doesn't think moving to the Saudi golf league would be the best thing for his game.

I am proud of @tigerwoods @mcillroyrory @jonrahmpga @collin_morikawa @justinthomas34 & many others for their loyalty & support of the greatest tour in the world.

Morikawa has never thought about anything else but the PGA Tour and Thomas said the primary aim of his career is to win as many times as possible on the circuit.

Couples has recognised the players' loyalty and also tweeted his affection for the tour while watching this week's Genesis Invitational.

"Watching the @thegenesisinv makes me so so proud to call myself a member of the @pgatour. Since 1983 the tour has given me everything I have. So thankful," Couples said on Twitter.

According to Kramer Hickok, up to 17 players and some big names have already agreed to join the Saudi golf league, which is the subject of investment from LIV Golf Investments and the Public Investment Fund on the Asian Tour.

Joaquin Niemann's performance at Riviera Country Club has certainly made it clear where the best golfers in the world are. He currently has a three-shot lead after 54 holes and he has set the three-round scoring record at the event.

NEXT PAGE: PHIL MICKELSON: IT'S TIME FOR THE PGA TOUR TO DITCH LEFTY FOREVER | OPINION