PGA Tour to undergo shake-up in 2023, including no-cut events and $20m purses

The PGA Tour will look very different in 2023 as it is set to include eight new, lucrative events for the top 50 players in the FedEx Cup rankings. 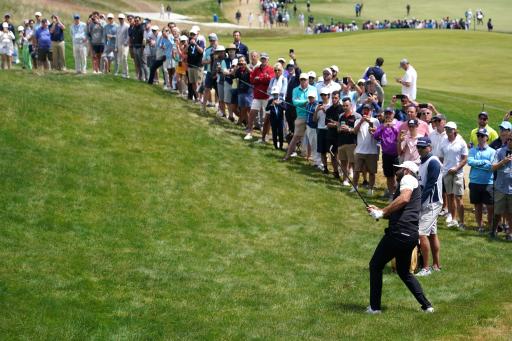 The PGA Tour will undergo a major shake-up in 2023 with the introduction of eight no-cut events for limited fields based on FedEx Cup standings.

According to a report from Golf Digest, each of these tournaments will have $20 million prize purses and the field will be restricted to the top 50 players in the FedEx Cup standings.

Players outside of the top 50 will compete in an alternative series where they will play for their tour cards and these events will be played in the middle of the season and in the autumn.

This was the main point taken from the player's meeting that was held at the Travelers Championship on Tuesday with PGA Tour commissioner Jay Monahan.

Monahan confirmed that the LIV Golf Invitational Series has applied for Official World Golf Rankings points, which could become a serious consideration if the series continues to receive top players from the PGA Tours.

Monahan, DP World Tour boss Keith Pelley and representatives from the R&A, the PGA of America, the USGA and Augusta National all sit on the board of the OWGR.

The DP World Tour has allegedly received heat from its "rank-and-file" players to cooperate with the LIV Golf Series, however, this would be contradictory to the actions of the PGA Tour which has suspended its members.

Monahan has arranged a press conference at TPC River Highlands at 1 pm local time as he looks to address the recent changes in the landscape of professional golf.