Golf betting odds on players to join LIV Golf before 2023

Paddy Power have released golf betting odds on players to join LIV Golf before 2023, as well as odds on the 2023 European Ryder Cup captaincy following the expected axing of Henrik Stenson. 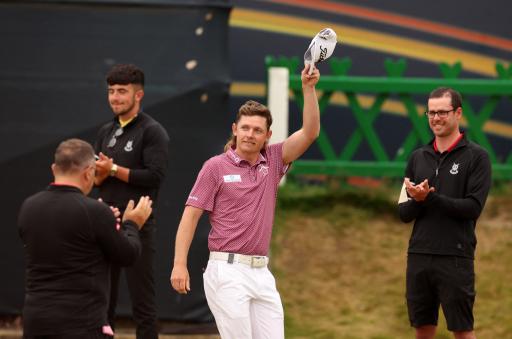 With all the talk surrounding which PGA Tour players are next off to LIV Golf following the final major of the season at St Andrews, golf betting giant Paddy Power has released expected odds with traders on players joining the Saudi-funded circuit before 2023.

Open champion Cam Smith appeared to get a little tetchy when questioned whether he would be signing up to LIV Golf off the back of his maiden major triumph at the Home of Golf, and Paddy Power have installed him at incredible odds of 1/100 to join LIV Golf before the end of the year.

Australia's Smith is said to have been offered "90 million" to join LIV Golf after etching his name on the famous Claret Jug.

Paddy Power considers his compatriot Adam Scott will likely be following him given they are pricing him up at 1/33 for a move to LIV Golf.

Former Masters champion Hideki Matsuyama has been hotly tipped for a move to LIV Golf as CEO Greg Norman looks to take more tournaments over to Japan, and Matsuyama is a warm 1/20 shot to leave the PGA Tour and join LIV Golf.

Tommy Fleetwood had been rumoured to join LIV Golf but his wife and manager Clare has since told The Times that this is not the case.

Tiger Woods is never going to go to LIV Golf but should you think otherwise, you can get odds of 100/1.

Rory McIlroy, who has also ruled himself out of ever joining LIV Golf, is also available at 100/1.

Check out the list of odds on players to join LIV Golf before 2023:

Paddy Power has also made a revised market for the 2023 European Ryder Cup captaincy following the incredibly strong rumour that Henrik Stenson is on his way to LIV Golf.

Should Stenson sign up to LIV Golf then he will be axed as Ryder Cup captain for the biennial clash against United States in September 2023 in Rome.

Luke Donald has been installed as a warm 1/4 favourite to replace him, with Robert Karlsson next up at 4/1.

Check out the full list of prices for the 2023 European Ryder Cup captaincy, should Henrik Stenson be axed by joining LIV Golf:

Next Page: Henrik Stenson moves ever closer to LIV Golf and being axed as Ryder Cup captain