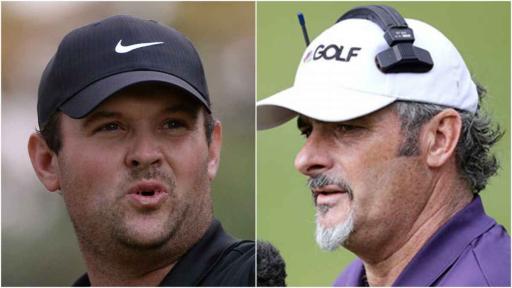 LIV Golf has signed renowned golf analyst David Feherty from NBC, according to a report today in the New York Post.

Feherty is "expected to be an analyst on the 8-to-10 LIV Golf tournaments each year."

The move is something of a surprise to many in the golf industry today, especially with Feherty's own charity for US military veterans - the Troops First Foundation - part of the 9/11 Memorial Golf Fund.

Not that LIV Golf needs any introduction but it is funded by the sovereign wealth fund of Saudi Arabia, the Public Investment Fund.

More players are expected to join LIV Golf over the coming weeks, one of which is potentially new Open champion Cameron Smith, who refused to confirm or deny his links to LIV Golf on Sunday night.

Smith has reportedly been offered in the region of $90 million to join LIV Golf after etching his name on the Claret Jug.

NEWS: David Feherty is leaving NBC and is expected to join LIV Golf as an analyst, The Post has learned. https://t.co/LFWD4Q0Ijs

There are eight tournaments in the LIV Golf Invitational Series for 2022, and they will nearly double in 2023 and beyond as they look to go toe-to-toe with the PGA Tour and DP World Tour.

Each event is staged of just 54 holes for 48 players with a shotgun start. There is also a team format comprising 12 teams.

Billions of dollars have been pumped into LIV Golf as they look to continue to shake up the golf world.

Fits the "guys who have lost their fastball but bring in casual viewers" theme that they've got going to this point.

The stunner here is that Feherty's charity is a part of the 9/11 Memorial Golf Fund. https://t.co/KSDrINkxm2 pic.twitter.com/2yZIEdVCrO

Feherty, 63, won five times on the European Tour and he finished tied fourth in the 1994 Open Championship. He also represented Europe at the 1991 Ryder Cup.

After retiring from golf in 1997, the Northern Irishman took up an on-course announcer role with CBS Sports that he assumed until 2015.

Feherty introduced a self-titled show on Golf Channel from 2011 and then joined NBC full time in 2016.

But Feherty is now understood to have accepted a new role as golf analyst on the controversial Saudi-funded LIV Golf Invitational Series.

Feherty had only just been working as an analyst on NBC's coverage of the 150th Open Championship at St Andrews over the weekend.

New York Post is said to have reached out to Feherty but he did not return a message. NBC are also said to have declined comment.

Next Page: The latest big name PGA Tour players linked with a move to LIV Golf