Despite previously pledging his allegiance to the PGA Tour, Dustin Johnson has made a U-turn and will compete in the first event of the LIV Golf Invitational Series. 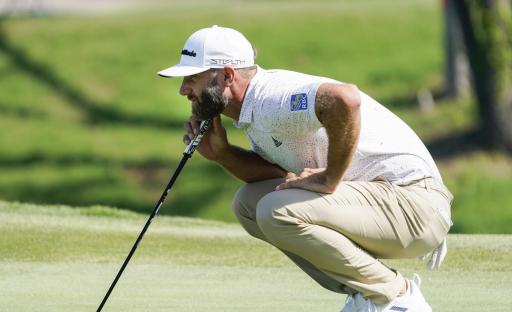 Two-time major champion Dustin Johnson has sensationally committed to the first event of the LIV Golf Invitational Series on June 9.

Johnson headlines a field made up of other big names from the PGA Tour such as Louis Oosthuizen, Lee Westwood, Ian Poulter, Talor Gooch, Sergio Garcia and Kevin Na.

Related: How much of a role did Paulina Gretzky have to play in Dustin Johnson's LIV Golf decision?

"Dustin has been contemplating the opportunity off-and-on for the past couple of years. Ultimately, he decided it was in his and his family's best interest to pursue it," Johnson's manager David Winkle said.

"Dustin has never had any issue with the PGA Tour and is grateful for all it has given him, but in the end, felt this was too compelling to pass up."

The first event of the LIV Golf Invitational Series at Centurion Golf Club clashes with the RBC Canadian Open, the Canadian bank that has sponsored the former World No.1 since 2018.

RBC was "extremely disappointed" in his decision but still "wished him well." It has certainly come as a surprise to many that Johnson has committed to the series commissioned by Greg Norman.

Johnson is the highest-ranked player in the field at No.13 in the world, but in February, the 37-year-old pledged his allegiance to the PGA Tour and so this makes this morning's news even more unexpected.

Take a look below at the reaction of some golf fans on social media:

Dustin Johnson on Feb. 29: “I am fully committed to the PGA Tour.”

Dustin Johnson on May 31 after committing to the first LIV Golf event: pic.twitter.com/Ux8YgoBfee

I am particularly looking forward to Dustin Johnson, team captain, choosing between ...

Dustin Johnson got $30 million + equity in LIV, anyone who says he shouldn’t have taken the deal at nearly 38 years old is an idiot and has no clue about money.

Next Page: Adam Scott's new custom-made Miura irons at the Memorial are a thing of beauty...