Graeme McDowell on PGA Tour bans: "It is not good for the game"

Graeme McDowell believes competing in the LIV Golf Invitational Series is the right thing to do for him - even if that means losing out on being European Ryder Cup captain. 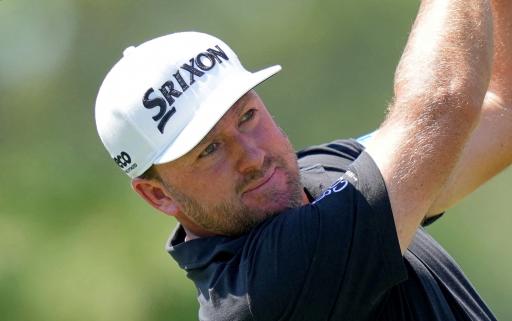 Graeme McDowell believes banning players on the PGA Tour and DP World Tour for competing in the new LIV Golf Invitational Series is "not good for the game".

McDowell, 42, was named earlier today as one of the 42 confirmed players in the first 48-man tournament at Centurion Club set for June 9 to 11.

Related: RBC have terminated their deals with Dustin Johnson and Graeme McDowell

Dustin Johnson was the big surprise inclusion in the field, especially after the former World No.1 and two-time major champion told the world he was fully committed to the PGA Tour just several months ago.

Tour pros teeing it up in Greg Norman's new LIV Golf Invitational Series have reportedly been given eight or nine-figure sums just for turning up.

Players will then fight out a total prize fund of $255 million across eight tournaments.

Despite PGA Tour and DP World Tour bosses denying player releases for the first LIV Golf tournament and explaining bans will be issued should any of their players holding a card join, McDowell believes it was too good an opportunity for him and his family to turn down.

The four-time PGA Tour winner does have some concern, though.

"The perceived consequences are definitely concerning," said McDowell, who was speaking ahead of this week's International Series England tournament on the Asian Tour at Slaley Hall.

"But as players, we just ask ourselves the question, if we do get banned from the PGA Tour and the DP World Tour, for example, is that good for the sport of golf?

"I believe it is not good for the game and I really feel what the guys at LIV have done is they've tried to create a schedule, which especially fits around the PGA Tour.

"It is designed to co-exist with the other tours in the world and let's just hope that it all works out. The unknowns are a little scary, but I am sure it's weighed into the decision of every player that's decided to take the leap. And we just hope that the right decision will be made."

"It was an exceedingly difficult decision," said McDowell, who has been on three victorious European Ryder Cup sides and been vice-captain on two occasions.

"It is a difficult decision as a player when there's so many unknowns. We do not know what the reaction is going to be.

"It just boils down to the fact that I am a business and I have operated all over the world for 20 years. This is a compelling opportunity. It is a fun format and there are some guarantees there.

"It was not a decision I took very lightly. I realised the consequences could be far-ranging. But I felt like it was the right decision for me and my family – to be able to take an opportunity like this and play on something new."

McDowell's compatriot Rory McIlroy told the press ahead of this week's Memorial Tournament on the PGA Tour that the field for the first LIV Golf event was "nothing to jump up and down about."

Next Page: Rory McIlroy hits out at the first LIV Golf tournament at Centurion Club