Sources claim the first event of the LIV Golf Invitational Series is being offered to broadcasters for no fee. 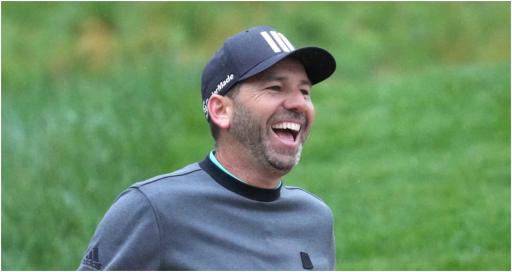 We are only a few weeks away from the first event of the global, eight-event series that will see dizzying sums of money competed for.

Centurion Club in England is the host venue for the first $25million tournament. And now, after months of smoke and mirrors, we finally have some names of those playing.

Or at least we know the names of the players at least wanting to have a chance to play for the total $255million prize purse.

Lee Westwood, Richard Bland, Sergio Garcia and Martin Kaymer are just some of the higher-profile names who have requested releases from the PGA Tour/DP World Tour to participate.

If reports are to be believed, dozens more have requested permission to peg it up should they be invited by Greg Norman.

It is widely assumed that releases will be granted for the first tournament, however, things could get spicy and litigation could follow when it comes to the next event held in the United States.

Multiple sources suggest LIV Golf offering their first event in the UK to any broadcaster who wants it with no rights fee. YouTube may make it available on its platform.

Over July 1-3, the second event is scheduled to take place in Portland at Pumpkin Ridge Golf Club.

A hot topic, of course, is where golf fans can watch this series.

Another question Norman, the CEO of LIV Golf Investments, might not want to face is will anyone be watching?

At the time of writing, no broadcasting deal has been struck.

Though Golfweek's Eamon Lynch, who has been writing scathing editorials about Norman, the Saudis and Phil Mickelson, claims that LIV Golf are offering their first event in the UK to any broadcaster for free.

Other news outlets have suggested that YouTube are considering making the tournament available to watch on their platform.

Previously, the Sports Business Journal, had reported that NEP Group, a leading technology partner with a strong relationship with the PGA Tour was close to striking a deal with LIV Golf Investments.

Will you be watching? Let us know on our social media channels.