Only 17% of GolfMagic Readers say they would pay £69 for a daily ticket to watch the LIV Golf Invitational Series opener at Centurion Club in England this June. 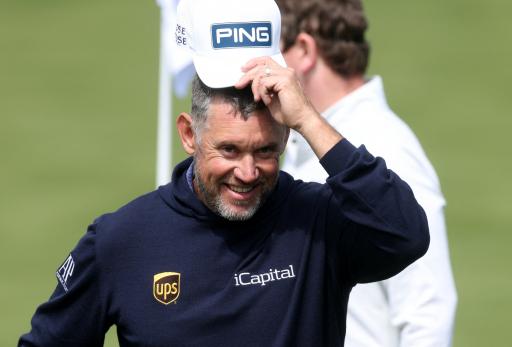 With just one month and counting until the controversial new LIV Golf Invitational Series gets underway at Centurion Club in England, we asked GolfMagic Readers whether they have any interest in the £69 daily ticket price to attend the action in St Albans from June 9-11.

The full 48-player field over three rounds has yet to be fully unveiled as Keith Pelley and Jay Monahan at the DP World Tour and PGA Tour decide on whether to permit releases for players to compete in the first tournament.

An announcement from both DP World Tour and the PGA Tour is expected in the coming days.

Related: Nearly 40 DP World Tour players have signed up to play in the LIV Golf opener at Centurion

The Saudi-backed LIV Golf Invitational Series led by two-time Open champion Greg Norman consists of eight tournaments around the world with huge sums of money up for grabs for the players.

In the first tournament at Centurion Club, the winner will receive a whopping $4 million. The prize fund for the first event will be $25 million in total.

As it stands, a number of former World No.1 players and major champions have requested to play in the LIV Golf opener including Lee Westwood, Martin Kaymer, Sergio Garcia, Louis Oosthuzen and of course, Phil Mickelson, who has caused all sorts of controversy in recent months leading up to the first event.

Ian Poulter has also requested a release to play in the tournament, as too Richard Bland.

There might be a few more surprise names revealed from the PGA Tour over the coming days but as it stands, those above are likely to be the headline names teeing it up at Centurion Club.

Tickets have since been slashed slightly in price from £85 down to £68.74, however, that is still some £40 more than what the daily ticket price was for last week's Betfred British Masters.

We asked GolfMagic Readers what they made of ticket prices for the LIV Golf opener at Centurion, and only 17% thought it was fair.

"No chance, rip off," commented one GolfMagic Reader.

Another said: "Not with the has beens that they have desperately managed to recruit."

"Absolutely no way, that's too expensive," said one of our followers.

"I assumed the prices would be cheap to get people in to watch. No chance of going at that cost," said another.

Head over to our social media channels to join in the debate.

Will you be heading to Centurion Club to watch the LIV Golf Invitational Series opener? What do you make of the interest in the event so far? Do you think any big name PGA Tour players will eventually move across to it?

More: DP World Tour pro on why he wants to join LIV Golf - "The Tour doesn't care about me"

More: How much is Phil Mickelson being paid by LIV Golf Investments?

More: How much is Greg Norman being paid as chief executive of LIV Golf Investments?