Greg Norman speaks up on LIV Golf Series: "I don't answer to MBS"

Greg Norman staunchly defended the LIV Golf Invitational Series in an interview with Sky Sports and revealed which players will be competing at the first event in June. 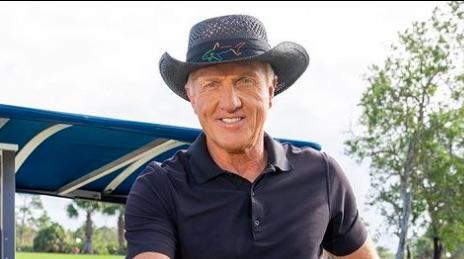 Greg Norman damningly revealed that he "doesn't answer" to Mohammed bin Salman, the crown prince of Saudi Arabia, and asserted that LIV Golf Investments are independent.

In an interview with Sky Sports, Norman defended the new breakaway tour and believes that Saudi Arabia is trying to use golf to change their culture of atrocity.

The LIV Golf Invitational Series is set to begin on June 9 at Centurion Golf Cub near London with a number of players such as Lee Westwood and Richard Bland requesting releases from the PGA Tour and the DP World Tour to play.

"Not right now (in terms of revealing names), we will do that probably in a week. The releases have been submitted and we're going to see what happens with the European Tour and the PGA Tour," said Norman.

Chief Executive of LIV Golf Greg Norman says that LIV Golf Investments is independent and will not answer to the Saudi government or Mohammed bin Salman Al Saud.pic.twitter.com/9WirIS7GUF

"There's been a lot of white noise saying that the players wouldn't even show up. I've been very proud of the fact that the players are making their choices as independent contractors to make a decision to go and play golf where they want to play golf.

"It's reprehensible what has happened with (Jamal) Khashoggi, own up to it and talk about it, but you go back to Saudi Arabia and they are making a cultural change within to change that. They don't want to have that stigma sitting over there.

"The generation of kids today that I see on the driving range, they don't want that stigma going into that next generation with their kids' kids. They want to change that culture and they are changing the culture and do you know how they're doing it? Golf."

Since Norman spoke to Sky Sports, the PGA Tour has rejected the release requests from those who intended to play in the first event of the new rival tour.

In a letter from PGA Tour Competition Administrator Kirsten Burgess and Commissioner Jay Monahan, players have been denied the right to play in conflicting events held in North America, with reference to the upcoming events in the LIV Golf Series.

Greg Norman released a statement in response to this news, describing the actions of the PGA Tour as "anti-golfer, anti-fan and anti-competitive."

It is unclear as to which players will now tee it up in in the summer at St. Albans, but when asked a question about Saudi Arabian "sportswashing" and the funding of the Public Investment Fund, Norman gave a very clear response.

"I'm not getting into Saudi politics, I don't know what the Saudi government does with their political side of things. But every country has a cross to bear," Norman added.

"Name me the last time someone was willing to invest $2 billion into the game of golf. The European Tour was connected with the Saudis, they were happy to take the money then for years and years and years.

"The PGA Tour in China, Uyghur issues, happy to take their money and put it in the bank, no problem. But when you really look at how they're truly growing the game of golf and giving the opportunity for those, as independent contractors, to promote the interests of the tournament professional golfer, no they're not."