Henrik Stenson wins on his LIV Golf debut: "When I really want something I manage to dig a little bit deeper." 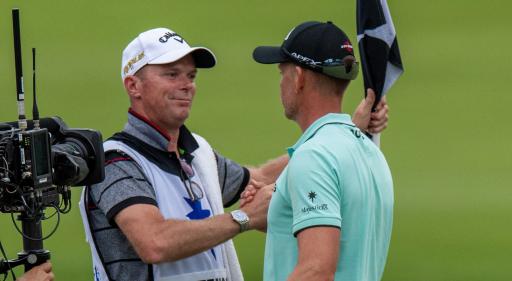 Henrik Stenson has revealed how losing the European Ryder Cup captaincy due to joining LIV Golf provided the "extra motivation" he needed to win on debut at Trump National Bedminster Golf Club on Sunday.

Stenson was axed as 2023 European Ryder Cup captain after accepting in the region of $50 million to join the controversial Saudi-funded LIV Golf Invitational Series led by CEO Greg Norman.

"I think there might have been a little extra motivation in there this week," said Stenson, who ran out a wire-to-wire victory at LIV Golf Bedminster on 11-under par.

"When we as players have that, I think we can bring out the good stuff. Yeah, I certainly did that this week.

"I guess that's been a bit of a theme over the course of my career. I think when I really want something I manage to dig a little bit deeper, and a lot of times we manage to make it happen.

"Yeah, very pleased with that, and I'm looking forward to some rest now."

The win marked Stenson's first since the 2017 Wyndham Championship on the PGA Tour.

He did win the 2019 Hero World Challenge presented by Tiger Woods but that was an unofficial tournament on the schedule.

Stenson won $4.375 million for his three days work in Bedminster.

He won $4 million for taking the individual tournament and an additional $375,000 for his Majesticks team finishing second in the team event.

As the Swede says, he will have a bit of downtime now as the next LIV Golf tournament is not until Boston in early September.