LIV Golf players finally get removed from the FedEx Cup list so all the players know where they stand heading into this week's final regular season event at the Wyndham Championship. 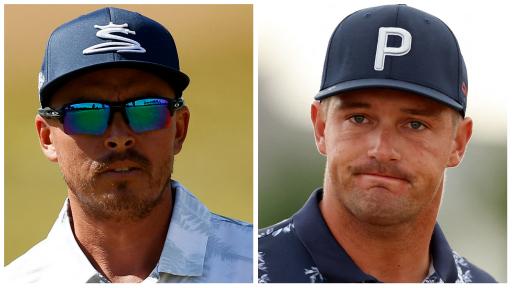 The PGA Tour has booted all the LIV Golf players out of its FedEx Cup standings heading into this week's final regular season event at the Wyndham Championship.

Now the list has been updated, it means Rickie Fowler, who has had just one top-20 finish all season, moves into the all-important top 125 in the standings.

Fowler will need a solid performance this week to ensure he makes it through, however, as many players on the 125 bubble are in the field.

The likes of Dustin Johnson and Sergio Garcia were already removed from the list due to them having thrown away their PGA Tour membership, but now those such as Bryson DeChambeau and Brooks Koepka, who still want to remain a PGA Tour member, have been removed from this season's FedEx Cup standings.

All LIV Golf players, who still wish to keep their PGA Tour cards, have been suspended until further notice by the PGA Tour.

It remains to seen what action the PGA Tour takes on LIV Golf players who wish to remain a PGA Tour member heading into next season.

How does the FedEx Cup Playoffs work?

From there, the top 70 in the FedEx Cup standings will compete in the BMW Championship the following week, before the top 30 head to the season finale at the Tour Championship to fight it out for FedEx Cup glory.

There is a slight plot twist with the final event as the leader starts on 10-under par. Scroll down to the bottom of this article to see how the scoring will look heading into the first round of the Tour Championship at the end of this month.

World No.1 and reigning Masters champion Scottie Scheffler, who has won four times on the PGA Tour this season, assumes the top spot in the FedEx Cup standings.

Rory McIlroy is in sixth place, one spot ahead of back-to-back PGA Tour winner Tony Finau.

Justin Thomas, Cameron Young and Hideki Matsuyama then make up the top 10.

Both Smith and Matsuyama have been heavily linked with moves to LIV Golf in recent weeks.

HERE'S HOW THE SCORING WORKS HEADING INTO THE TOUR CHAMPIONSHIP:

HOW MUCH DO THEY ALL WIN IN THE FEDEX CUP THIS SEASON?